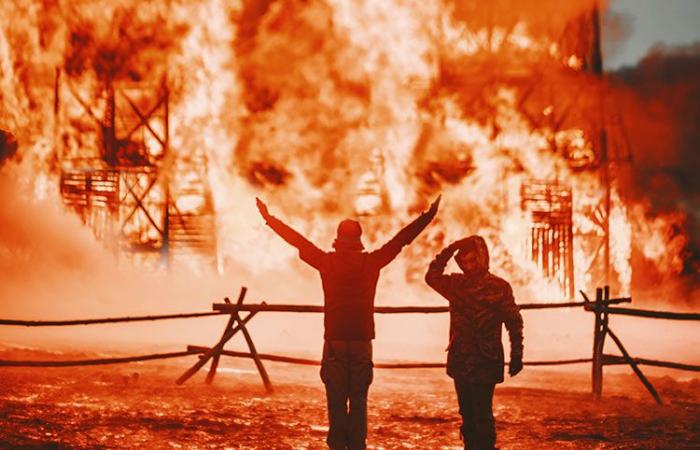 A 27-year-old Asian salesman was arrested and referred to the criminal court for deliberately setting fire to a fabric store where he works at causing damages worth Dhs980,000.

The incident took place last December, when the store owner filed a police report, claiming that his store was set on fire by one of his employees who previously threatened him.

Upon his testimony, the owner said that he had received a call from a man of his nationality, asking about his relationship with the defendant and whether he was keeping his passport or not.

The owner stated that the defendant had quit the job and his visa was cancelled as he was a runaway with a police case filed against him.

Later on, the victim received a phone call about a fire that was set to his store, and as he headed there, surveillance cameras were reviewed and the defendant was found to be the one who committed the arson.

Apparently, the defendant had broken into the store’s front door to steal, using a metal rod.

The robbery incident took place as a revenge for getting a late salary, as the store owner was not paying the defendant any money for about a year.

After breaking into the store, the defendant found that there was no money, so he decided to set the store on fire and fled the place.

Recently, the Dubai Criminal sentenced an Asian man to 3 months in jail, followed by deportation, for attempting to steal a money box placed inside a labor camp’s laundry.

The incident took place in October 2020, when the camp’s security guard witnessed the defendant trying to break into the money box placed inside the laundry.

Once the defendant noticed the presence of the guard, he immediately fled the place.

However, the guard managed to catch the defendant and called police to report the incident.

Police officers arrived to the scene to place the defendant under arrest, and he confessed to aiming to steal the money inside the box.

The defendant was prosecuted on robbery charges and was sentenced to 3 months in jail for the crime.

These were the details of the news Disgruntled Asian salesman sets fire to Dubai fabric store for delay in salary for this day. We hope that we have succeeded by giving you the full details and information. To follow all our news, you can subscribe to the alerts system or to one of our different systems to provide you with all that is new.