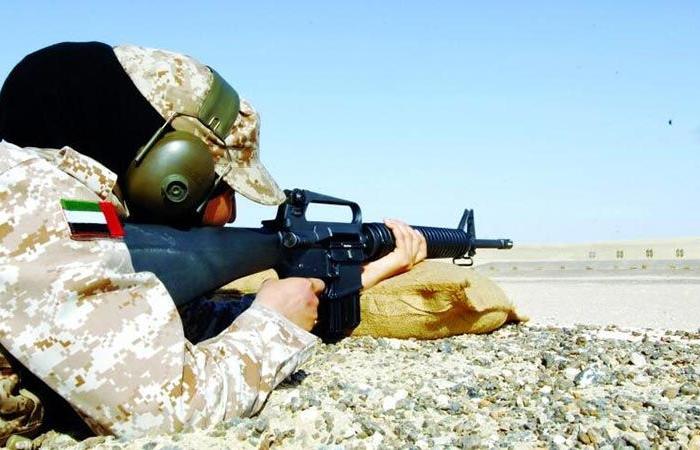 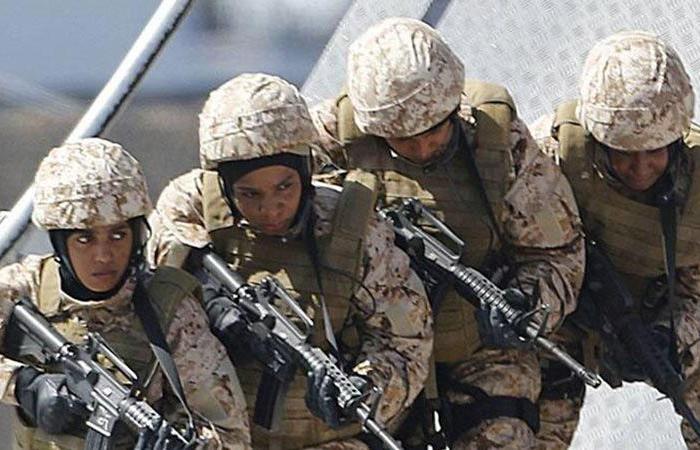 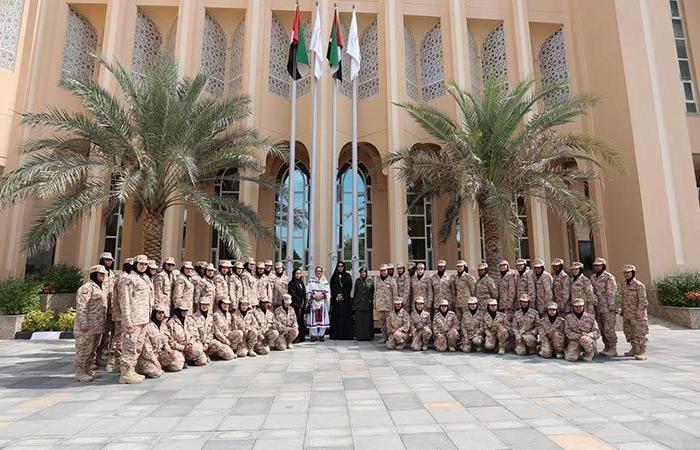 Hello and welcome to the details of Sheikha Fatima launches first UAE National Action Plan on Women, Peace and Security and now with the details 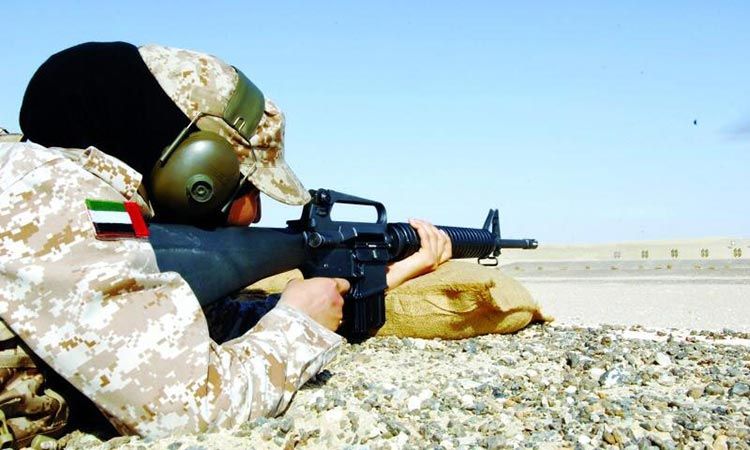 Her Highness Sheikha Fatima Bint Mubarak, Chairwoman of the General Women's Union, President of the Supreme Council for Motherhood and Childhood, and Supreme Chairwoman of the Family Development Foundation, on Tuesday launched the UAE National Action Plan for the implementation of UN Security Council Resolution 1325 on Women, Peace and Security.

The landmark launch is the first for a GCC country and signifies the UAE’s commitment to advancing the role of women in peace and security.

On this occasion, Her Highness said, "I commend the efforts of the General Women's Union and all national entities; federal, local, and civil society organisations, for their work on the UAE National Action Plan. I would also like to commend the role that UN Women plays in meeting the global commitments towards women, peace, and security. And its position as a global champion of women and girls." 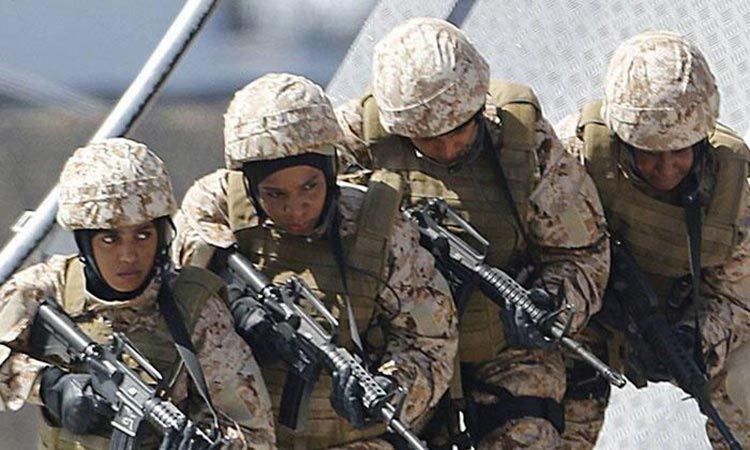 The plan also highlights the role of women in combating extremism.


She added, "We have never lost sight of Arab women or all women of the world in our developmental vision to build their capabilities and develop their skills in all sectors, as well as extend a helping hand to all women at every juncture. The UAE works to strengthen international partnerships and global institutional frameworks that consolidate gender equality, collaboration and partnership, and advancement of women.

"Our nation also continues to support humanitarian organisations at regional and global levels, to advance women's work and contribute to improving the lives of women as part of building safe and stable societies."

Sheikha Fatima continued, "In this context, I would like to express my confidence in the ability of women to establish peace and security. We continue to support women, so that they can overcome all obstacles that may stand in their way and make influential contributions to strengthen the culture of dialogue and peace, and to achieve security, stability and development for their communities and the world."

Her Highness explained, "As we start The Year of the 50th in the UAE, we are all proud that our country is making outstanding achievements and launching pioneering initiatives to support and empower women, which has earned it a place among the most progressive countries in the world. The UAE continues to support the less fortunate around the world in line with the vision of the late Founding Father Sheikh Zayed Bin Sultan Al Nahyan, and his brothers the Rulers of the Emirates, who developed an enduring approach that rests on union, hope, optimism, good planning, and investment of opportunities."

Sheikha Fatima says, 'As we start The Year of the 50th in the UAE, we are all proud that our country is making outstanding achievements and launching pioneering initiatives to support and empower women'.

Her Highness affirmed that the UAE has reached advanced levels in women’s empowerment and is a regional leader on a number of global indicators.

Sheikha Fatima went on to say, "We look forward to the UAE National Action Plan as an opportunity to discover more avenues for international collaboration, exchange of experiences, joint efforts, programmes and initiatives. Ones that contribute to narrowing the development gap between women in different countries and gives more space for women to participate and overcome the existing challenges and cross over to opportunities that achieve peace, prosperity, and progress."

Her Highness concluded, "The UAE is committed to promoting equality between men and women as a key UAE policy and supports the important role that women play in advancing the process of sustainable development. We also affirm the UAE’s support of UN Women’s programmes and initiatives that build a better future for women in the UAE and around the world."

Sheikh Abdullah Bin Zayed Al Nahyan, Minister for Foreign Affairs and International Cooperation, said, "The UAE believes in the important and fundamental role of women across all sectors, as one of the pillars of development that leads all societies to progress and prosperity."

He added that the launch of the plan is an affirmation of the importance of the roles that women play in these sectors.

Noura Al Suwaidi notes that the plan aims to respond to gender perspectives in foreign policies, especially those related to humanitarian aid for women and girls.

Sheikh Abdullah stated that the UAE, guided by its leadership, has a firm commitment towards achieving gender equality and enhancing the role of women in society, "We are proud that women in the UAE have become a symbol of our national achievements at various levels. "

He also congratulated Her Highness Sheikha Fatima on the successful launch of the UAE National Action Plan.

For her part, Noura Al Suwaidi, Secretary-General of the General Women's Union, said that the launch of the plan represents a major leap in promoting internationally recognised standards for the participation of women in the peace and security, in a way that embodies the ambition of the UAE, and its growing leadership position on the women, peace and security agenda.

She added that the UAE National Plan launch is part of the nation’s vision for the future and its endeavour to support and empower women and girls at the global level, with the support, guidance, wise leadership, and the enlightened vision of Her Highness Sheikha Fatima Bint Mubarak.

She noted that the plan aims to respond to gender perspectives in foreign policies, especially those related to humanitarian aid for women and girls, and to prevent and combat violent extremism, as well as plan for emergency response and crisis situations, incorporate gender analysis into the scope of international peace efforts, as well as promote gender equality in humanitarian aid. 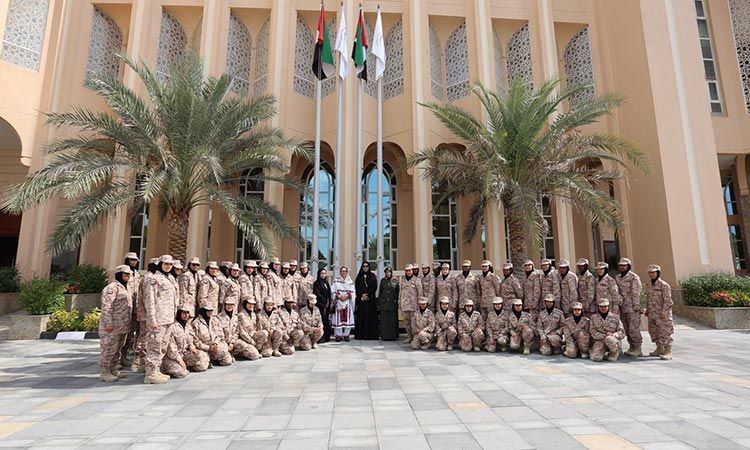 The UAE supports the role of women in peace building as leaders and decision-makers. WAM

It also aims to achieve effective participation of women in conflict prevention, increase their participation in peacebuilding, train women military officers, as well as enhance women's participation in politics in the country. The UAE National Action Plan supports the women, peace and security agenda through national and international programmes, and empowering decision-makers in the GCC and the international community to support women's contribution to peace building.

She explained that the UAE government is working to develop and implement various campaigns to raise awareness and secure support for the objectives of the UAE National Action Plan, in addition to building the capacity of government officials on the agenda of women, peace and security.

These campaigns also include female employees in the UAE government to help them secure equal representation and ensure that women’s views are factored during the decision-making process. The UAE National Action Plan launch encourages other countries to develop their own national action plans in support of the women, peace and security agenda.Al Suwaidi concluded by saying that the UAE supports the role of women in peace building as leaders and decision-makers within formal and informal frameworks. It is a founding member of the Women and Peace and Security Focal Points Network (WPS FPN), and one of the countries that introduced UN Security Council resolution 2242, in addition to being an international investor with more than $2 billion used to develop programmes related to the protection and empowerment of women and girls in 113 countries.

These were the details of the news Sheikha Fatima launches first UAE National Action Plan on Women, Peace and Security for this day. We hope that we have succeeded by giving you the full details and information. To follow all our news, you can subscribe to the alerts system or to one of our different systems to provide you with all that is new.