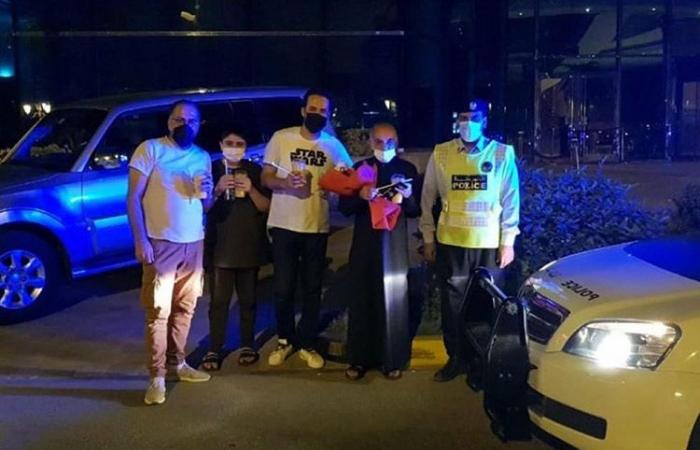 Hello and welcome to the details of VIDEO: Sharjah Police gift flowers, juice to expat instead of Dhs1,000 fine and now with the details

The Sharjah Police General Directorate and its personnel repeatedly have successfully conveyed a humanitarian message by handling different situations with community members with noble gestures.

Sharjah Police’s generosity was recently illustrated all over social media platforms, when an Arab expat shared a video expressing his deep gratitude to officers of a police patrol, for exempting him of a Dhs1,000 and instead handing him a flower bouquet with a thank-you note.

Social media users reacted on the posted video showing their great admiration to customer happiness officer of the Traffic and Patrol Department, Mohammed Hassan, who gave the flower bouquet to the Syrian elderly, welcoming him to the UAE on behalf of all citizens.

The elderly’s son commented “I have committed a traffic violation while driving at a Sharjah road, and I was spotted by the officer who had to issue a Dhs1,000 fine for the committed violation. When my father learnt about the fine amount which is about 1 million Syrian Lira, he asked the officer for forgiveness and requested to be exempted of the fine.”

The exemption of the fine was a gesture from the officer as the elderly was a first-time visitor to the UAE, and had arrived to the country the day before the incident.

The father and his son expresses their appreciation to the officer’s kindness and praised the warm welcome they received.

These were the details of the news VIDEO: Sharjah Police gift flowers, juice to expat instead of Dhs1,000 fine for this day. We hope that we have succeeded by giving you the full details and information. To follow all our news, you can subscribe to the alerts system or to one of our different systems to provide you with all that is new.