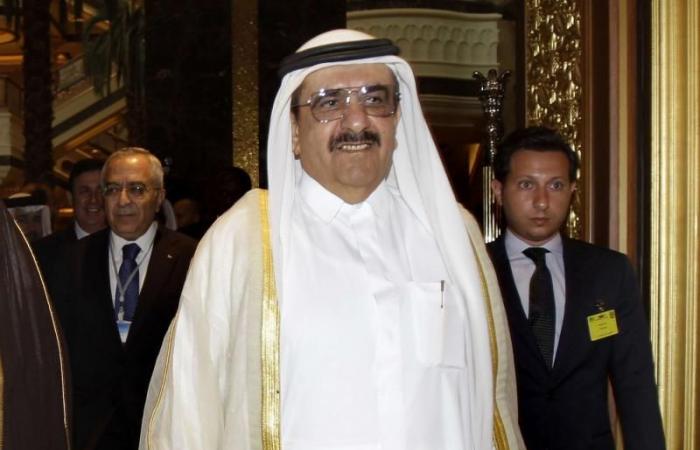 Sheikh Hamdan, 75, was the brother of the ruler of Dubai, Sheikh Mohammed bin Rashid al-Maktoum. He had been unwell for some months and had surgery abroad in October.

Dubai’s ruler bid farewell to “my brother, my support, my lifelong friend”.

Funeral prayers will be restricted to family members due to the COVID-19 pandemic, the Dubai Media Office said.

Dubai announced 10 days of mourning with flags to be flown at half-mast and a closure of government institutions in the emirate for three days as of Thursday.

In 2008, Dubai’s ruler established the line of succession in the emirate by naming his son Hamdan, 38, as crown prince. His other son Maktoum is also a deputy ruler of Dubai.

Born December 25, 1949, the second son of late ruler Sheikh Rashid Bin Saeed Al Maktoum, Sheikh Hamdan grew up in what was  then known as the Trucial States, a collection of Arab sheikhdoms along the southern shore of the Arabian Gulf that had been part of a British protectorate since 1820.

When the UAE formed its first Cabinet in 1971, Sheikh Hamdan became finance minister and held the post until his death, attracting foreign investment, managing the country’s oil wealth and, along with his brother, overseeing the transformation of Dubai into a regional financial hub. The UAE also has a minister of state for financial affairs, Obaid Humaid Al Tayer, who has held the post since 2008.

Sheikh Hamdan led Emirati delegations to the International Monetary Fund and the Organisation of the Petroleum Exporting Countries (OPEC) Fund for international development. He controlled a wide array of conglomerates reaching across Dubai’s economy, such as the Dubai Ports Authority, Dubai World Trade Centre and Dubai Natural Gas ‎Company Limited.

Like his brother, he became a big name in horse racing out of the UAE, founding Shadwell Racing in 1981, an operation with a legacy of producing star thoroughbreds.

A nation in mourning

“Today we lost one of the most loyal men of the UAE after a life full of giving and sincere patriotism,” wrote Abu Dhabi Crown Prince Mohammed bin Zayed Al Nahyan.

“I express my condolences to my brother Mohammed bin Rashid and the honourable Al Maktoum family on this sad day,” the crown prince added.

Lt. General Sheikh Saif Bin Zayed Al Nahyan, Deputy Prime Minister and Minister of the Interior, said, “With our hearts that believe in the judgment and destiny of God, we extend our sincerest condolences and sympathies to Sheikh Mohammed Bin Rashid for the death of the late Sheikh Hamdan Bin Rashid. He was a great humanitarian, who left an eternal imprint in the history of our nation. May God have mercy on his soul, and may he be rewarded in Paradise for his good deeds.”

On her official Instagram account, she wrote, “May God have mercy on you, my dear uncle … you were good-hearted, and your loss is one of Dubai and the UAE. Our eyes are tearful, and the heart grieves, and although we are saddened about your separation, we can only say ‘Verily we belong to Allah, and truly to Him shall we return’.”

“He loved the people and participated in a number of fields with a deep passion. His love and commitment will remain in the hearts of people. I pray to God that his soul will be blessed,” Nuaimi said.

Diplomatic Adviser to the UAE President Anwar Gargash tweeted, “Today, the UAE lost a great man; we lost a dear and magnificent man. May God have mercy on Sheikh Hamdan Bin Rashid Al Maktoum. We pray to God Almighty to give strength his children and to the honourable Al Maktoum family.”

These were the details of the news Dubai’s deputy ruler Sheikh Hamdan bin Rashid Al Maktoum dies at 75 for this day. We hope that we have succeeded by giving you the full details and information. To follow all our news, you can subscribe to the alerts system or to one of our different systems to provide you with all that is new.

NEXT School days will continue after exams, says ESE