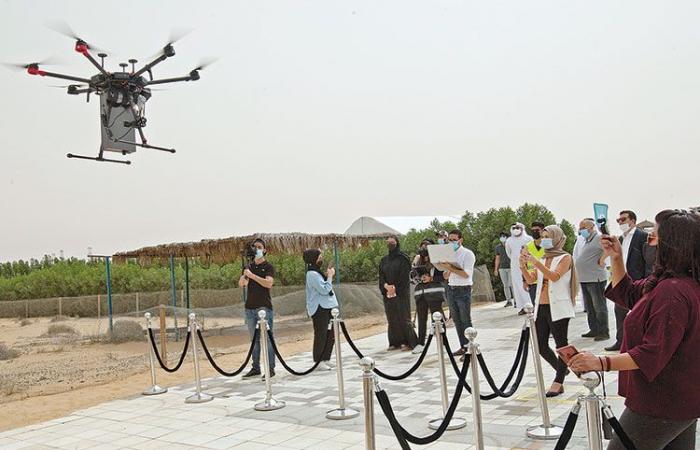 The official unveiling of the upgraded drone technology, with the add-on compressed gas tank, seedball hopper, seedball feeder, and a seedball dispatching team, by CAFU (Arabic for “well done”), was held at the outdoors of the RC Airfield and Drone Centre, home to the Sanad Academy in Dubai on Tuesday. The academy has been the partner of the three-year-old Dubai enterprise for its drone technology trials.

At the unveiling of the drone technology via a press conference-cum-demonstration, CAFU Sustainability and Community manager Nabra Al Busaidi said they are looking at this invention “to be a model (for global use).”

The media witnessed how the add-ons to the typical generic drone works, such that through remote control by a computer, the pioneering in-house pressurised air mechanism shoots the seedballs to the required depth of one centimetre. The review of the geotagging of the location was also shown thereafter. A sideline interview with some of the CAFU R&D Team that worked on the drone technology upgrade revealed that the entire organisation was encouraged to innovate on the drone technology from the devastating “Amazon fires two years back.” The team which also invented the special Ghaf Tree seedballs, engineered with at least six seeds propped with fertilisers and water for quick germination, said the R&D took one-and-a half years. The interviewed R&D Team members are Technology head Hilal Ismail, Internet of Things engineer Ahmed Borik and Electronics engineer Andrew Fonacier. At the demonstration, Al Busaidi said that while R&D on the seedballs has never stopped and shall continue, they have so far cut down the germination process from 45 to 21 days and currently within one week.

Al Busaidi announced at the press conference another partnership CAFU had sealed with. This time with the UAE University (Al Ain) for the purpose of scaling up more the research-and-development (R&D) on the seedballs.

On two Gulf Today enquiries at the open forum, Al Busaidi answered in the affirmative if the technology used for the Ghaf Tree seedballs is going to be stretched to include other flora, possibly for the indigenous of other countries: “First, we are looking at other UAE desert trees and plants; the reason we are partnering with the UAE University (Al Ain).”

Relatively, UAE University-College of Food & Agriculture-Integrated Agriculture Department chairman Dr. Mohammed Abdul Mohsen Ali Alyafei told Gulf Today a team composed of three professors, one Masters student, future horticulturists and 10 undergraduates have been discussing with CAFU, regarding technical proposals for improvements on the seedballs: “We are considering the over 90 islands of the UAE and its huge coastline. I hope our journey will enable significant progress towards combating climate change.”

Al Busaidi moreover mentioned that the ongoing Ghaf Tree Project with the Sharjah Municipality, Environment and Protected Areas Authority-Sharjah and Sharjah Civil Aviation Authority, over a two-hectare land at the Mhleia Greenbelt Conservation Area, has been extended to Al Dhaid. Al Dhaid is a desert plain located at the foothills of the Hajar Mouhtains 60 kilometres from the downtown area.

The Ghaf Tree Project targets the successful planting of one million engineered seedballs within two years from Nov. 2020. So far, 10,000 had been sown in Sharjah.

The Ghaf Tree is a UAE national treasure and it’s a symbol for tolerance. It has been part of its heritage where communities of yesteryear gathered for meetings and other activities. While proven for its medicinal properties through centuries, it is one of the sturdiest plants in the world which requires minimum care and watering as its roots run 80 metres deep into the soil and can absorb 34.65 kilogrammes of carbon dioxide.

CAFU was awarded the “App of the Year” at the “Entrepreneur Middle East Enterprise Agility Awards 2019. Its other partners against climate change are the UAE Ministry of Energy and Infrastructure, and Eco Green Technology towards the global achievement of the 17 United Nations Sustainable Development Goals, specifically Number 13 which is everything about climate change.

These were the details of the news Ghaf tree seedling-laden drone to help tackle climate change for this day. We hope that we have succeeded by giving you the full details and information. To follow all our news, you can subscribe to the alerts system or to one of our different systems to provide you with all that is new. 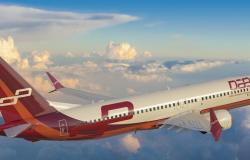