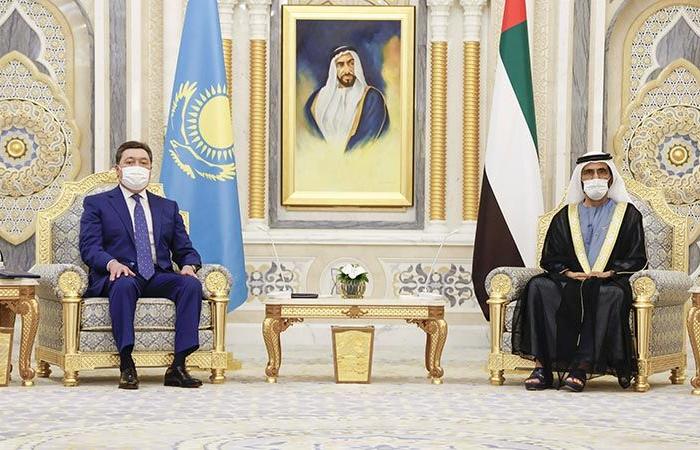 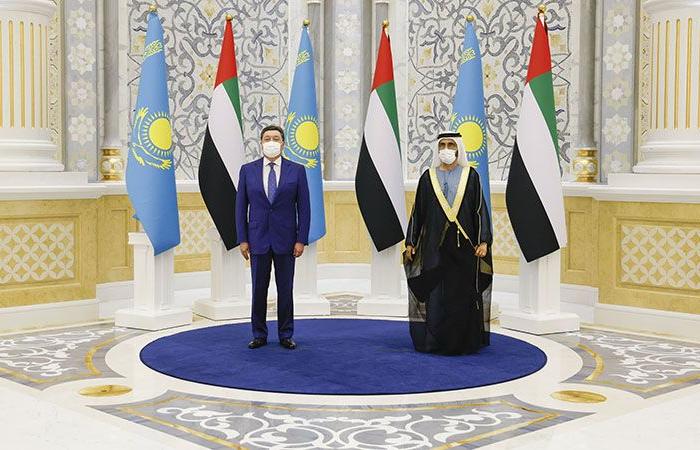 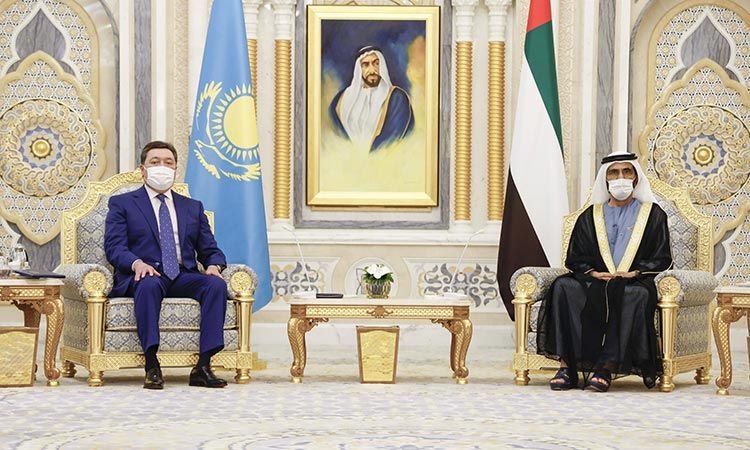 
Weather temperatures down by 12ºC: NCM

Sheikh Mohammed welcomed the guest, expressing his confidence that the visit will yield a positive result on various levels, especially in the field of trade exchange, joint investment, food security, clean energy and other areas, which will benefit the two friendly countries and peoples. 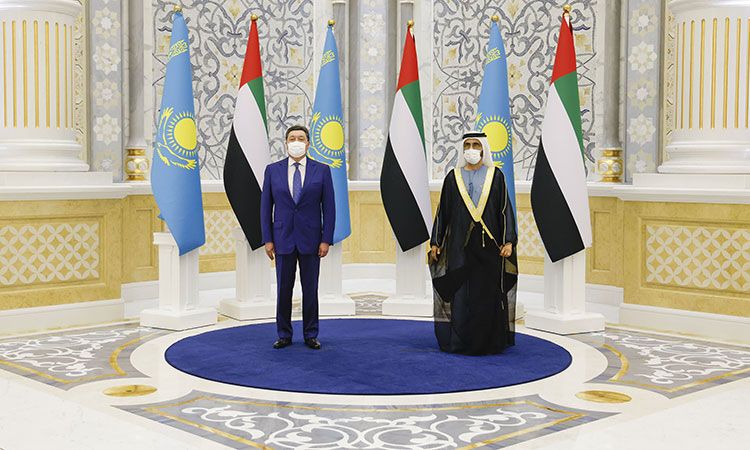 The Prime Minister of Kazakhstan conveyed to Mohammed the greetings of President Kassym-Jomart Tokayev.


His Highness highlighted the UAE’s interest in promoting joint cooperation with Kazakhstan, expressing hope that the volume of trade exchange will double between the two countries with the establishment of an investment base that includes various areas.

For his part, the Prime Minister of Kazakhstan conveyed to His Highness Sheikh Mohammed the greetings of President Kassym-Jomart Tokayev of Kazakhstan, and his wishes for further progress and prosperity for the UAE and its people.

He also congratulated Sheikh Mohammed and the UAE’s leadership on the successful journey of the Hope Probe to Mars, as part of a historic scientific mission, describing it as a great achievement for all Muslims.

He also expressed his confidence in the success of the Expo 2020 Dubai, which will be held next October.

The meeting was attended by a number of ministers and senior officials.WAM

These were the details of the news Sheikh Mohammed receives Prime Minister of Kazakhstan for this day. We hope that we have succeeded by giving you the full details and information. To follow all our news, you can subscribe to the alerts system or to one of our different systems to provide you with all that is new.