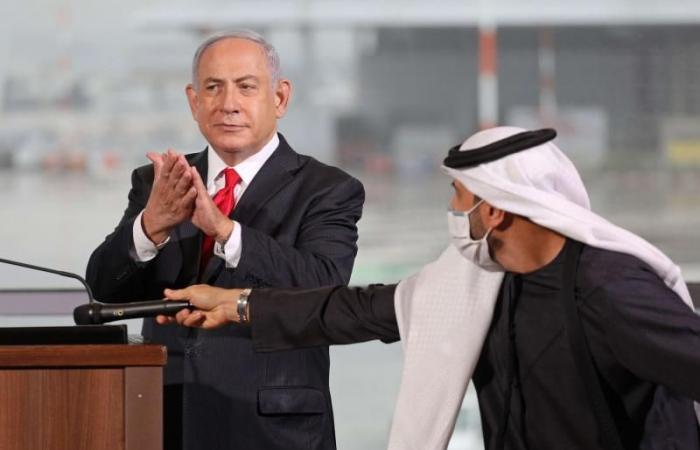 Israeli Prime Minister Binyamin Netanyahu will fly to the United Arab Emirates on Thursday, an official confirmed to the Associated Press, a historic trip meant to cement new diplomatic ties between the Mideast nations and boost the embattled Israeli leader’s re-election hopes.

Netanyahu is locked in a tight race against a field of challengers and is sure to use the trip to his advantage.

The official, speaking on condition of anonymity pending an official announcement, had no details on Netanyahu’s agenda. But Israeli media said he would be meeting UAE Crown Prince Sheikh  Mohammad bin Zayed al-Nahyan in Abu Dhabi before returning to Israel.

Netanyahu, in his fourth re-election battle in just two years, has tried to portray himself as a seasoned statesman uniquely qualified to lead the nation through turbulent times. Thursday’s visit, which has been delayed several times due to coronavirus restrictions, could help him divert attention from his upcoming corruption trial and anger over the economic fallout from the coronavirus crisis.

While Netanyahu has led Israel to one of the world’s most successful vaccination campaigns, unemployment remains high and many businesses are struggling to survive.

Last August, the UAE became the third Arab nation after Egypt and Jordan to establish formal diplomatic ties to Israel. The US-brokered deal under former President Donald Trump required Israel to halt its contentious plan to annex occupied West Bank land sought by the Palestinians for their future state.

It was the first in a series of agreements known as the “Abraham Accords” after the patriarch of the world’s three major monotheistic religions. In all, Israel and four Arab nations agreed to announce deals such as tourism and direct flights, and open embassies.

The most detailed of the accords was with the UAE. The nations agreed to approve bilateral deals on 15 areas of mutual interest, including finance, trade, aviation, energy, telecommunications, health, agriculture and water.

Netanyahu’s visit Thursday comes after both countries have exchanged ambassadors and set up embassies.

The two countries had reportedly nurtured informal ties for years over a shared distrust of regional foe Iran. Since August, the US has brokered deals to initiate or resume diplomatic relations between Israel and the United Arab Emirates, Bahrain, Sudan and Morocco. Until then, Egypt and Jordan were the only Arab states to have signed peace treaties with Israel, in 1979 and 1994, respectively.

It was not immediately clear if Netanyahu, on what Israeli media said would be a one-day visit, would also go to Bahrain, as he had planned to do during a previously scheduled one-day trip to the Gulf in February which he postponed due to the coronavirus crisis.

In an interview with Israeli Army Radio on Tuesday, Netanyahu called on voters to re-elect him on March 23 so that he could achieve “more peace agreements” in the area, while ensuring that Iran “doesn’t arm itself with nuclear weapons.”

These were the details of the news Netanyahu expected to visit Abu Dhabi on 1st official trip for this day. We hope that we have succeeded by giving you the full details and information. To follow all our news, you can subscribe to the alerts system or to one of our different systems to provide you with all that is new.