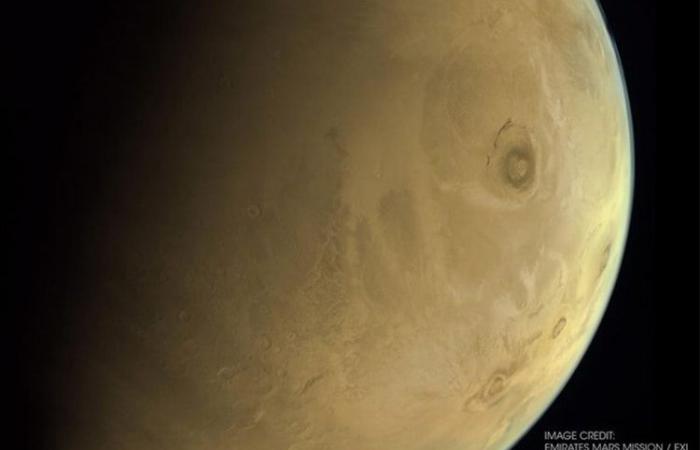 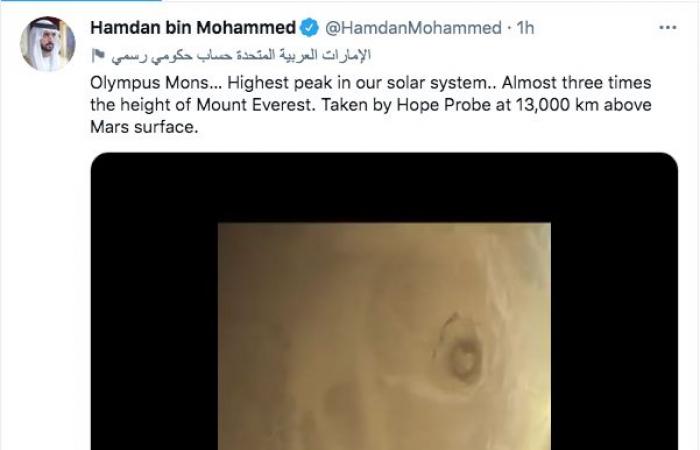 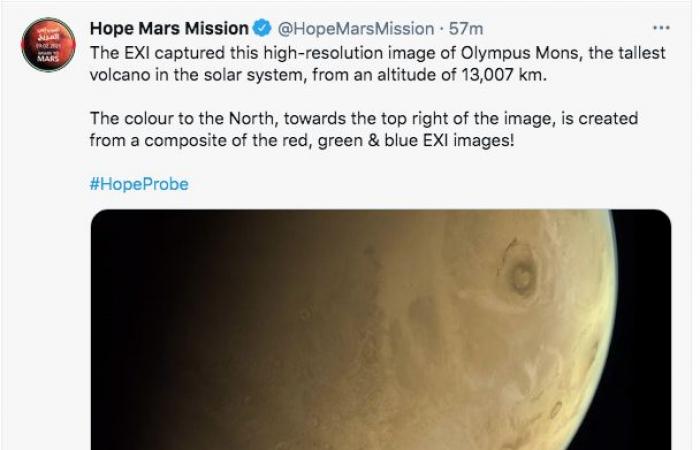 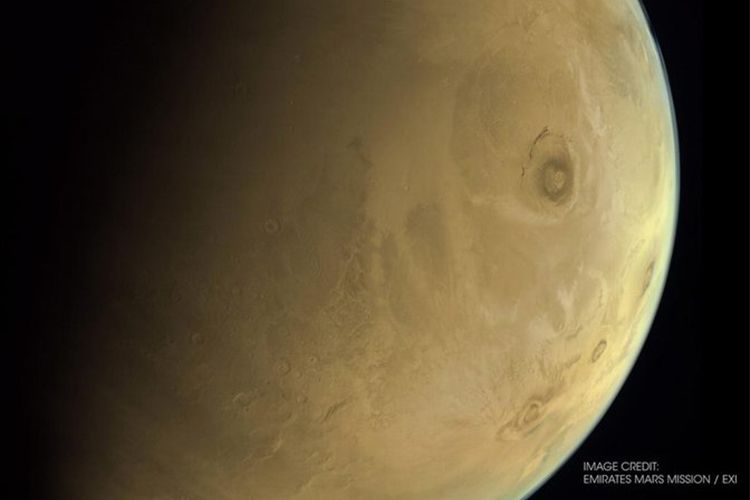 At that time Sheikh Hamdan, who is the General Supervisor of the Hope Probe, had said exploring Mars has become a reality thanks to the determined efforts of a group of youth who dedicated their time and efforts to serve humanity. 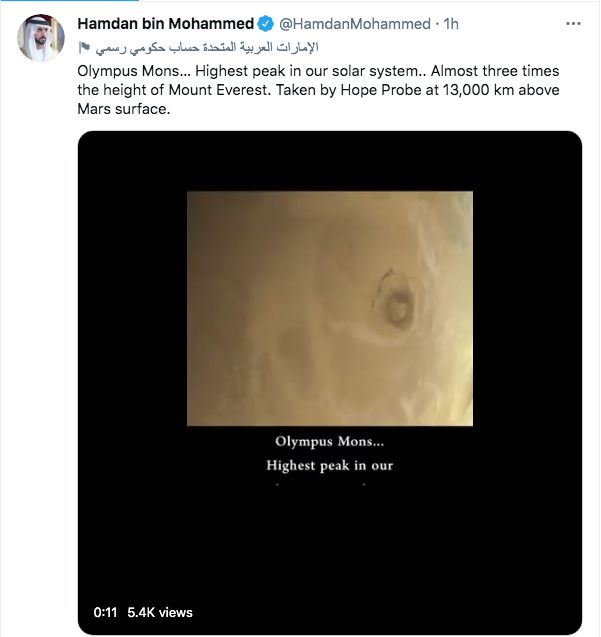 “These youth are a source of pride for the Arab and Muslim nation,” he had said.

“Reaching Mars is not impossible for us. The word ‘impossible’ has no place in our dictionary,” Sheikh Hamdan added. 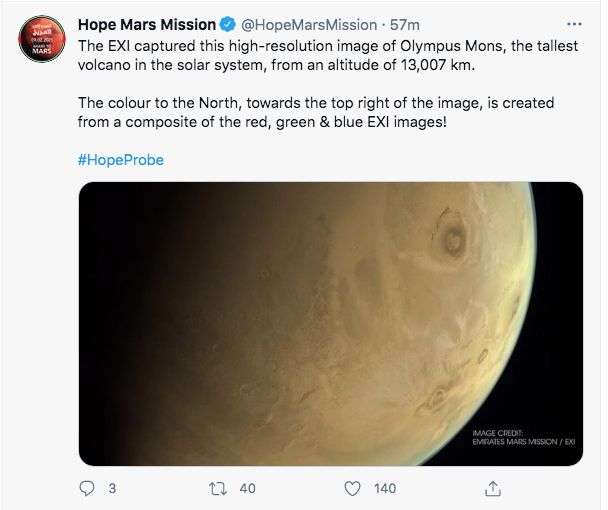 Hope Mars Mission team  also shared the video and explained how the image was captured by Hope Probe.

“The EXI captured this high-resolution image of Olympus Mons, the tallest volcano in the solar system, from an altitude of 13,007 km. The colour to the North, towards the top right of the image, is created from a composite of the red, green & blue EXI images!” tweeted Mars Mission team.The unmanned craft, called Amal, Arabic for Hope, reached the end of its nearly seven-month, 300-million-mile journey and began circling the red planet, where it will gather detailed data on Mars’ atmosphere.

The orbiter fired its main engines for 27 minutes in an intricate, high-stakes maneuver that slowed the craft enough for it to be captured by Mars’ gravity.

These were the details of the news Sheikh Hamdan shares stunning video of Olympus Mountain on Mars for this day. We hope that we have succeeded by giving you the full details and information. To follow all our news, you can subscribe to the alerts system or to one of our different systems to provide you with all that is new.