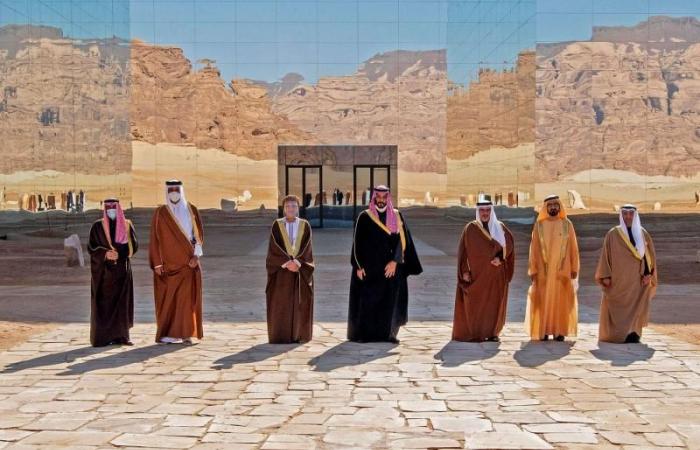 Hind Al Soulia - Riyadh - Since the agreement, air and travel links have resumed between Qatar and the four states. Each state is to arrange bilateral talks with Qatar to resolve individual issues.

Dubai--Delegations from the United Arab Emirates and Qatar met in Kuwait on Monday for the first time since an agreement last month to end a rift of more than three years, UAE state news agency WAM said.

“The two sides discussed joint mechanisms and procedures for implementing the al-Ula statement. They emphasised the importance of preserving Gulf kinship and developing joint Gulf action in the interest of GCC countries and their citizens, and of achieving stability and prosperity in the region,” WAM said.

They thanked Saudi Arabia and Kuwait for their roles in ending the rift.

Saudi Arabia, the UAE, Bahrain and Egypt agreed in January at a summit in Saudi’s al-Ula to restore diplomatic, trade and travel ties with Doha, were severed in 2017 over accusations that Qatar supported terrorism, a charge it denies.

Since the agreement, air and travel links have resumed between Qatar and the four states. Each state is to arrange bilateral talks with Qatar to resolve individual issues.

An Emirati official said after the agreement that restoring diplomatic ties would require time as parties work to rebuild trust.

Bahrain’s foreign ministry said last month it had written to Qatar inviting Doha to send a delegation to Bahrain to start bilateral talks to implement the al-Ula agreement.

Qatar has not yet responded, according to comments made by Bahrain’s foreign minister to a parliamentary meeting carried by state news agency BNA last week.

Bahrain’s Foreign Minister Abdullatif Al Zayani also said Doha has not taken any initiative to solve the problems with Manama despite the agreement to end the rift.

“Qatar didn’t show after the summit in al-Ula (Saudi Arabia) any initiative to solve pending problems with Bahrain,” said Zayani, according to a post by his ministry on Twitter. He did not elaborate on the issues that need to be solved.

His criticism contrasted with an upbeat assessment of the relationship with Qatar by Saudi Foreign Minister Faisal bin Farhan Al Saud, who told the Dubai-based al-Arabiya TV channel on Thursday the kingdom’s embassy in Doha should reopen “in days.”

These were the details of the news UAE holds first meeting with Qatar since Gulf detente for this day. We hope that we have succeeded by giving you the full details and information. To follow all our news, you can subscribe to the alerts system or to one of our different systems to provide you with all that is new.