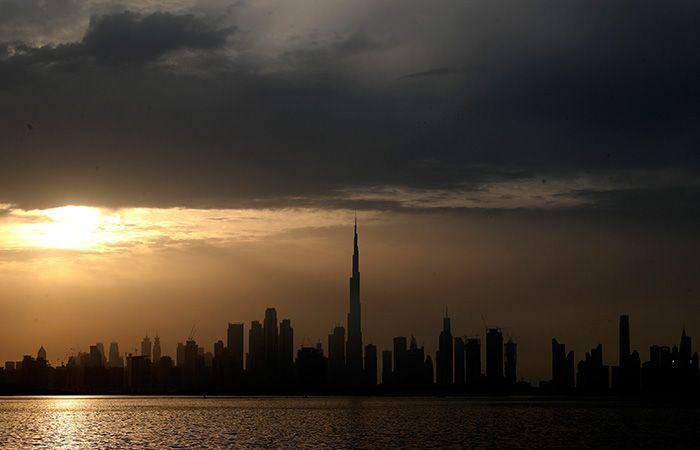 On Saturday, rain lashed separate areas of the country and fog blanketed these areas. The rain started at 8am, as a result of the extension of a shallow air depression, accompanied by a weak air depression in the upper atmosphere, which resulted in instability of the weather conditions.

12.3°C was the lowest temperature recorded in the country on Saturday morning at 5:15 am on Jebel Jais in Ras Al Khaimah.

The National Centre of Meteorology (NCM) appealed to individuals to exercise caution while driving during rainfall, and with the lack of horizontal visibility due to the formation of fog and light fog in some western interior areas. The NCM also advised people to stay away from valleys and from the places where water accumulates.

Winds, according to the NCM , will be northwesterly to northeasterly, light to moderate in speed active at times at a speed ranging between 15 to 25, reaching 40km/h at sea.

The sea is expected to be turbulent in the morning, becoming moderate in the Arabian Gulf and light in the Sea of Oman.

The centre expected Monday’s weather to be partly cloudy in general, and wet on Tuesday night and morning in some coastal and inland areas with the possibility of light fog.

Winds on Monday are expected to be northwesterly to northeasterly, light to moderate in speed, active sometimes at a speed ranging between 15 to 25, reaching 35km/h.

The sea on Monday will be moderate to sometimes turbulent in the Arabian Gulf and light to medium in the Sea of Oman.

SEWA TO ESTABLISH METEOROLOGICAL STATION IN CENTRAL REGION: The Sharjah Electricity, Water and Gas Authority (SEWA) signed an agreement with the Dutch Bundera Consult Company to establish an advanced weather station in the Central Region, to collect data and develop a climate information base to be used in preparing studies on renewable energy projects from wind and solar energy.

The agreement was signed remotely by Saeed Al Suwaidi, Chairman of SEWA, in the presence of Hamad Al Tunaiji, Director of the Energy Transmission Department at the Authority, and Eric Ernst, Director of the Dutch Bundera Consult Company.

Al Suwaidi stated that the authority is working under the directives of His Highness Dr Sheikh Sultan Bin Mohammad Al Qasimi, Supreme Council Member and Ruler of Sharjah, to promote sustainability and to develop a comprehensive energy strategy to seek the best solutions and technologies to ensure energy efficiency according to the highest standards by encouraging cooperation with all actors.

He stressed that the increasing demand for energy necessitates moving forward in finding appropriate solutions and developing a strategy that forms a future vision for renewable energy studies in the Emirate of Sharjah.

Hamad Al Tunaiji, Director of the Energy Transmission Department at SEWA, indicated that the authority is looking forward to starting the preparation of specialised studies to implement a number of new projects in the field of alternative and renewable energy from wind and solar energy.

Eric Ernst, Director of the Dutch Bundera Consult Company, confirmed that the company is keen to cooperate with SEWA, develop partnership relations and exchange information and experiences between the two parties through a specific plan, and will work to establish the station according to the best specifications, while providing modern and advanced data monitoring devices.

These were the details of the news UAE witnesses rainfall across regions under overcast skies for this day. We hope that we have succeeded by giving you the full details and information. To follow all our news, you can subscribe to the alerts system or to one of our different systems to provide you with all that is new.