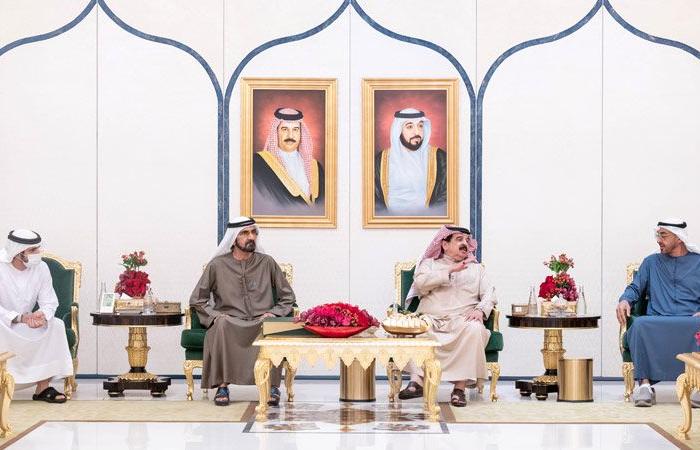 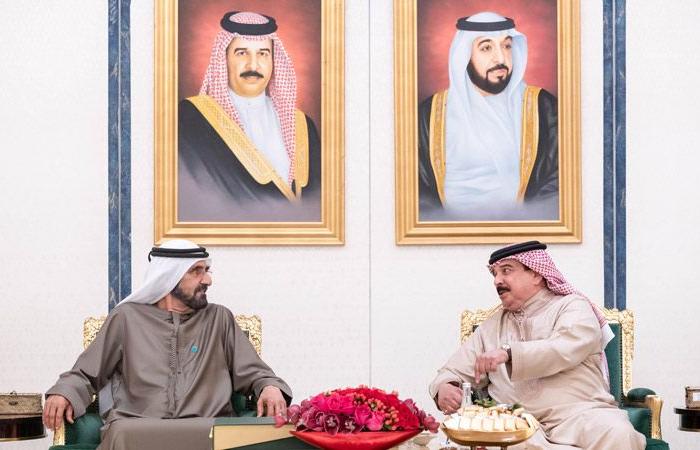 Hello and welcome to the details of UAE, Bahrain leaders discuss ways to boost brotherly ties and now with the details 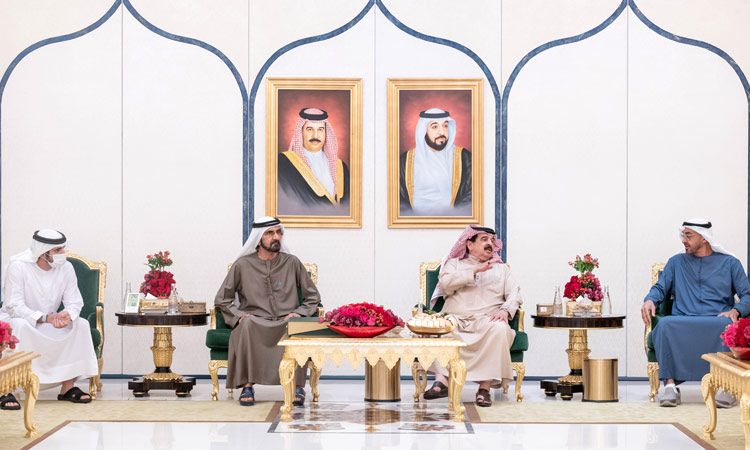 The UAE leaders conveyed the greetings of President His Highness Sheikh Khalifa Bin Zayed Al Nahyan, to the Bahraini King and his best wishes for continued good health to him and welling and prosperity to the people of Bahrain under his wise leadership. 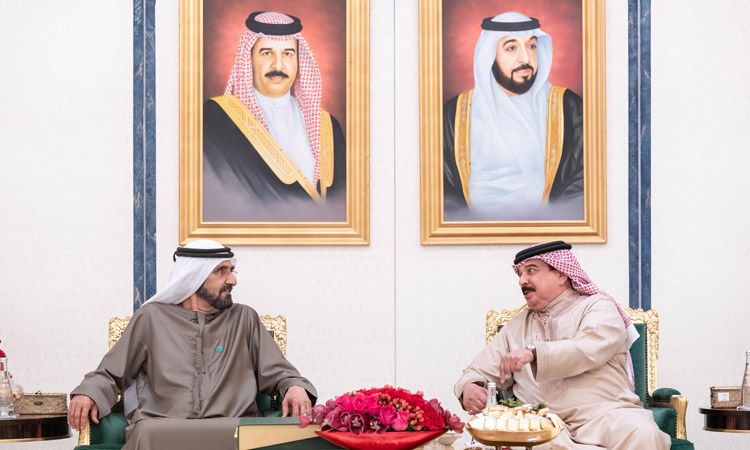 King Hamad and Sheikh Mohammed talk during their meeting in Abu Dhabi on Saturday. WAM

The meeting occasioned an exchange of cordial talk about the longstanding fraternal relations between the two nations and ways of further cementing them to the best interests of their peoples.

King Hamad expressed delight at meeting with Sheikh Mohammed Bin Rashid and Sheikh Mohamed Bin Zayed, reiterating the determination of the two nations to continue working for the best interests of their peoples.

These were the details of the news UAE, Bahrain leaders discuss ways to boost brotherly ties for this day. We hope that we have succeeded by giving you the full details and information. To follow all our news, you can subscribe to the alerts system or to one of our different systems to provide you with all that is new.