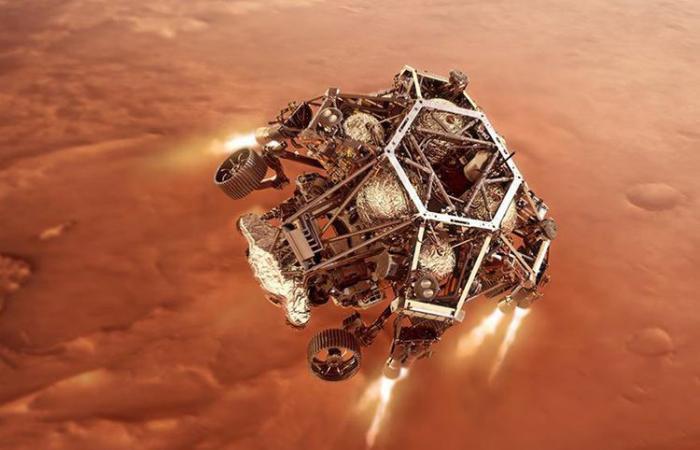 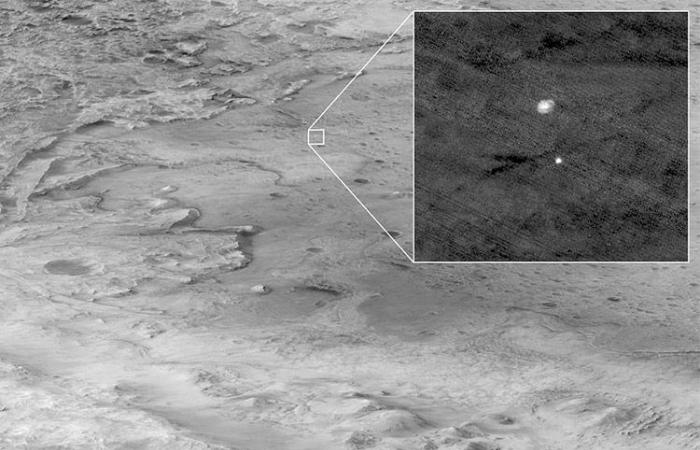 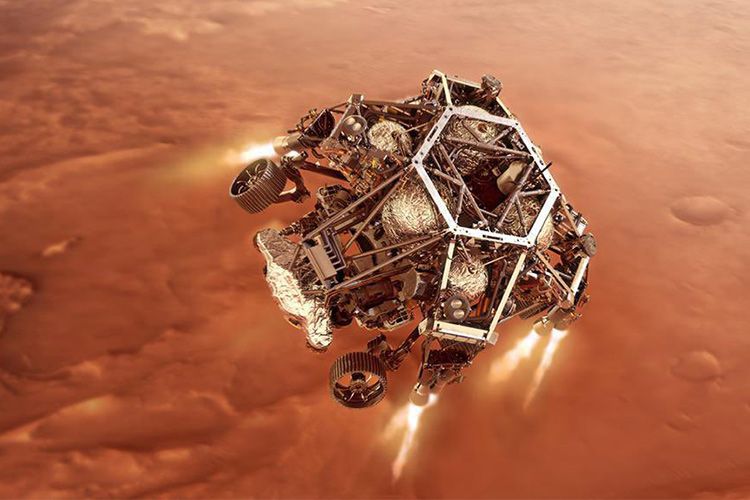 
His Highness Sheikh Mohammed Bin Rashid Al Maktoum, Vice President and Prime Minister of the UAE, Ruler of Dubai, congratulated the United States of America and the United States Space Agency (NASA) on the successful landing of its Perseverance rover on the surface of Mars.

Sheikh Mohammed affirmed that the joint scientific exploration of the red planet will deepen human knowledge about its secrets, its past and its future.

Sheikh Mohammed tweeted: “A new mission from the Earth joined the red planet… We congratulate the United States and the US Space Agency for the success of the successful landing of its space ship on the surface of Mars .. A joint scientific exploration of the red planet which will deepen human knowledge about its secrets, its past and its future.”

Sheikh Mohammed previously congratulated the Chinese President, Xi Jinping, on the arrival of the "Tianwen-1" mission to Mars.

He then tweeted in Arabic and Chinese, : “We congratulate the People's Republic of China on its great achievement and the arrival of the Tianwen-1 mission to the planet Mars ... Congratulations to the Chinese President Xi Jinping ... Space and Mars are a new arena for scientific cooperation and building a better future for humanity.” 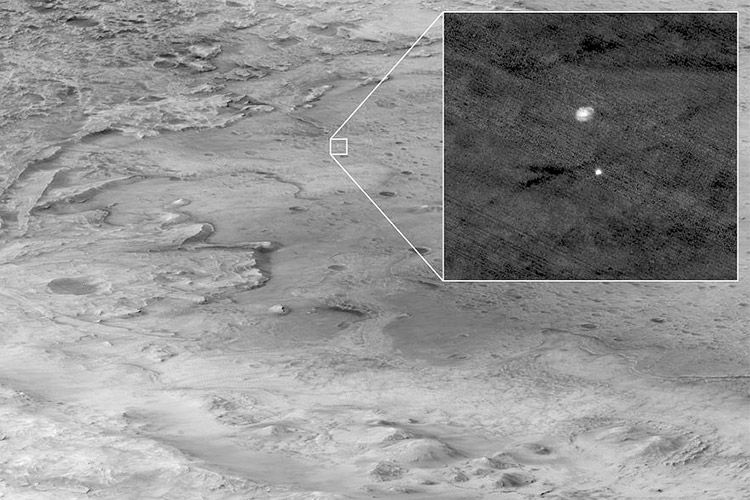 The descent stage holding Nasa’s Perseverance rover can be seen falling through the Martian atmosphere.Picture: Nasa

Sarah Al Amiri, Minister of State for Advanced Technology and Chairwoman of the UAE Space Agency said on Twitter, “Every mission starts with hope & ends in a scientific discovery!

“Congratulations to NASA Perseverance rover on landing successfully on the red planet. We are eager & excited for the scientific discoveries this mission will bring. Wishing you all the best in this exciting journey. “

UAE Hope Mars Mission said on Twitter, “Inspired by NASA's work since we were children, we are humbled to be able to say 'Welcome to Mars' NASA Perseverance , as you embark on your amazing mission to further explore the planet. Here's to yet more technological and scientific 'firsts' on your way.”

The Mohammed Bin Rashid Space Centre wrote on Twitter, “Congratulations to NASA for successfully landing the Perseverance rover on the surface of the Red Planet, where it will seek signs of ancient life and collect samples of rock and regolith.”

NASA scientists have described Perseverance as the most ambitious of nearly 20 U.S. missions to Mars dating back to the Mariner spacecraft's 1965 fly-by.

Larger and packed with more instruments than the four Mars rovers preceding it, Perseverance is set to build on previous findings that liquid water once flowed on the Martian surface and that carbon and other minerals altered by water and considered precursors to the evolution of life were present.

Perseverance's payload also includes demonstration projects that could help pave the way for eventual human exploration of Mars, including a device to convert the carbon dioxide in the Martian atmosphere into pure oxygen.

The box-shaped tool, the first built to extract a natural resource of direct use to humans from an extraterrestrial environment, could prove invaluable for future human life support on Mars and for producing rocket propellant to fly astronauts home.

Another experimental prototype carried by Perseverance is a miniature helicopter designed to test the first powered, controlled flight of an aircraft on another planet. If successful, the 4-pound (1.8-kg) helicopter could lead to low-altitude aerial surveillance of distant worlds, officials said.

The daredevil nature of the rover's descent to the Martian surface, at a site that NASA described as both tantalizing to scientists and especially hazardous for landing, was a momentous achievement in itself.

The multi-stage spacecraft carrying the rover soared into the top of Martian atmosphere at nearly 16 times the speed of sound on Earth, angled to produce aerodynamic lift while jet thrusters adjusted its trajectory.

A jarring, supersonic parachute inflation further slowed the descent, giving way to deployment of a rocket-powered "sky crane" vehicle that flew to a safe landing spot, lowered the rover on tethers, then flew off to crash a safe distance away.

Extra cameras designed to shoot video of Perseverance as it plunged toward the surface are believed to have captured the first footage ever recorded of a spacecraft descending onto another planet, JPL officials said. That video may be ready to show the world as early as next week, Wallace said.

Perseverance's immediate predecessor, the rover Curiosity, landed in 2012 and remains in operation, as does the stationary lander InSight, which arrived in 2018 to study the deep interior of Mars.

These were the details of the news Sheikh Mohammed praises Nasa's Perseverance landing on Mars for this day. We hope that we have succeeded by giving you the full details and information. To follow all our news, you can subscribe to the alerts system or to one of our different systems to provide you with all that is new.