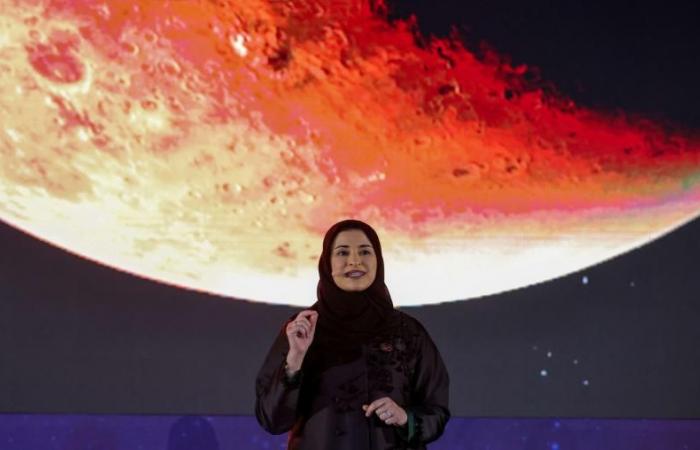 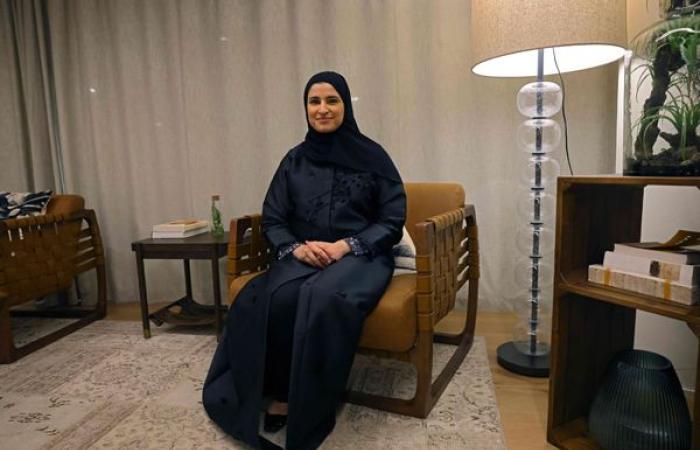 Hind Al Soulia - Riyadh - The 34-year-old government minister is one of the drivers of the United Arab Emirates’ ambitious project behind the “Hope” probe that is due to reach the orbit of Mars on Tuesday.

DUBAI--When Sarah al-Amiri was a child growing up in Abu Dhabi with a fascination for space, her young country seemed light years away from reaching for the stars.

Now the 34-year-old is a government minister and one of the drivers of the United Arab Emirates’ (UAE’s) ambitious project behind the “Hope” probe that is due to reach the orbit of Mars on Tuesday.

As a youngster poring over images of far-away galaxies, Amiri was enraptured by “the number of stars, solar systems, planets — objects that exist out there which numerically we can’t comprehend.”

“But more importantly the ways by which scientists explore it — be it by telescopes, spacecrafts, radio images,” she said.

At that time Abu Dhabi and its sister emirate Dubai were nothing like the metropolises, bristling with skyscrapers, that they are now.

But after a high-speed development drive, the UAE sent its first astronaut into space in 2019 and last year launched the Hope mission to orbit Mars in order to unravel the secrets of the weather on the Red Planet.

The first interplanetary mission for the Arab world, it is designed to inspire young people in the region and pave the way for scientific breakthroughs.

Amiri is now chairwoman of the UAE Space Agency after serving as deputy project manager of the Mars initiative — roles she never imagined despite her childhood passions.

After graduating from high school in 2004, Amiri attended the American University of Sharjah, earning Bachelor’s and Master’s degrees in computer engineering — her other abiding interest.

But it was not until she walked into an interview at the Mohammed Bin Rashid Space Centre in Dubai in 2009 that she realised that space would be her destiny.

“I completely fell on it by accident,” she said, adding the space centre was looking for engineers so she applied for a job.

Amiri’s first job was to work on Dubai Sat-1, the first Emirati Earth observation satellite, and she rapidly rose through the ranks.

She was appointed minister of state for advanced technology in 2017, and became chairwoman of the Space Agency in August.

Also last year, the BBC listed her as one of the 100 most inspiring and influential women of 2020.

Her meteoric rise, along with a clutch of other young Emirati ministers, is a reflection of a country with ambitious plans to become a hub for technology and science, to boost its soft power and diversify its economy away from oil.

“My life as a person born in the 1980s is completely different from the lives of my parents who were born here in the ’40s and ’50s,” said Amiri.

She said her father’s home was hooked to a power generator because they had electricity shortages and “the water they drank had rust in it, it was yellow in colour. They had to filter it using pieces of cloth.”

“Yes, we (as Emiratis) do appreciate that organic growth comes, but we cannot survive as a nation by just relying on organic growth. There needs to be large, monumental shifts.

“The Emirates Mars Mission has… inspired the nation to look to the future and look to the skies,” Amiri said.

“It has shown that collaboration across nations, geographies, creeds and in the face of remarkable challenges can forge brilliant outcomes for the benefit of us all.”

Amiri comes from a line of accomplished women, including doctors, accountants, teachers and bankers.

“My mother is a college graduate. She was a teacher who was quite passionate about what she was doing,” said Amiri, herself a mother of two, including an 11-year-old boy who is an avid “Star Wars” fan.

Amiri said “there were no bounds” facing her in the UAE, a country where women are prominent at top levels of government and business.

These were the details of the news Mars probe puts young Emirati woman minister in spotlight for this day. We hope that we have succeeded by giving you the full details and information. To follow all our news, you can subscribe to the alerts system or to one of our different systems to provide you with all that is new.