Qatar seeks to include Turkey in regional reconciliation 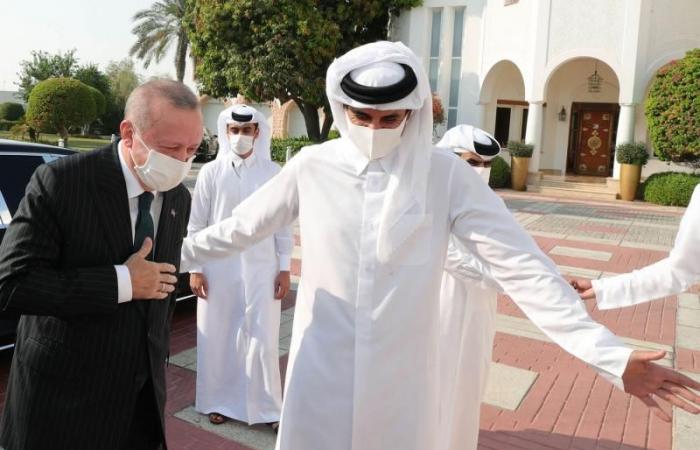 Doha – Qatar is seeking additional gains from a regional reconciliation drive by associating  its ally Turkey with the advantages any deal would bring, which can only come through “mediation” to resolve the remaining parts of the dispute with Saudi Arabia.

Ankara hopes this will open the door for the resumption of economic and commercial cooperation with Saudi Arabia.

Gulf analysts said that Qatar’s offer to mediate between Turkey and Saudi Arabia aims to show that Doha has come out of the reconciliation deal as the biggest beneficiary and that it wants to enable Ankara, one of its major partners, to benefit from the gains it obtained at the Al-Ula summit and which it would not have achieved without Turkey’s support.

Mutlaq Al-Qahtani, the Qatari foreign minister’s special envoy for combating terrorism and mediation for the settlement of disputes, expressed his country’s readiness to mediate between Turkey and Saudi Arabia, as well as between Riyadh and Tehran.

Qahtani expressed his views during a symposium titled “Policy and Experience of the State of Qatar in Mediation and Conflict Resolution,” organised by the Doha Institute for Graduate Studies (non-governmental), according to Turkey’s official Anadolu news agency.

In response to a question about Qatar’s willingness to mediate and ease tensions between Turkey and Saudi Arabia and between Saudi Arabia and Iran, Qahtani replied, “This relates to the principle of consent as a fundamental principle in international relations.”

“If these two countries see that the state of Qatar have a role in this mediation, then it is possible to do so,” he added.

He continued:”It is in everyone’s interest that there be friendly relations between these countries, especially between major countries, such as Saudi Arabia, Turkey and Iran.”

While it is difficult for Saudi Arabia to think of total appeasement with Iran for various considerations, rapprochement with Turkey is possible, but on what basis? Will reconciliation between Ankara and Riyadh resolve the real contentious issues between them, beyond the courtesies of diplomatic discourse?

Observers of Gulf affairs say that reconciliation between Riyadh and Ankara does not require Doha’s mediation. They note that Saudi King Salman bin Abdulaziz Al Saud previously opened the door to de-escalation and dialogue during a call he made on the eve of the G20 summit with Turkish President Recep Tayyip Erdogan.

Erdogan and King Salman agreed to “keep the channels of dialogue open to improve bilateral relations and overcome problems,” the Turkish presidency reported at the time.

These observers believe that the door to appeasement remained ajar although no exchange of visits or official meetings took place, and that both countries await a confidence-building step from the other side. This is especially true of Saudi Arabia which cannot ignore the lingering effects of the Jamal Khashoggi case and Turkey’s offensive campaigns against Saudi Arabia.

The kingdom organised a spontaneous boycott movement on social media, which then turned into a fait accompli, as local officials in the trade and industry sectors urged citizens to boycott products exported by Turkey or bearing a mark showing they were made in Turkey, which caused concerns among Turkish businessmen.

Turkish officials view Saudi Arabia as a major financial and investment destination that could help lift their economy out of its crisis.

The Saudis, on the other hand, think the relationship with Ankara should be based on parity — that is, economic and financial strength in exchange for positions. This was not the stance adopted by the Turks who worked against Saudi Arabia on many issues such as Iran and Yemen, especially Ankara’s efforts to establish an Islamic alliance competing with Riyadh through the Kuala Lumpur summit.

In contrast to the hostile rhetoric coming from Erdogan and Turkish media, Riyadh has quietly dealt with the hostility according to a historical Saudi policy that rises above small battles.

Before the recent crisis, Saudis made Turkey a preferred tourist destination, and they were at the forefront of a Turkish real estate buying spree.  The Saudi factor looms large in any Turkish effort to pull their economy out of recession.

Gulf officials are indicating they are willing to cooperate with Turkey and bring back trade to its previous pace if Ankara shows a desire for solid cooperation and is ready to alleviate the concerns of Gulf countries on regional political files such as the Libyan conflict.

The most important thing is that Ankara review its position on the Muslim Brotherhood, as a large part of the Islamist group’s party and media activities, as well as their meetings have been transferred to Istanbul.

Observers say that the issue of the Muslim Brotherhood will be the real test of whether Turkey is serious about entering the circle of reconciliation, as it is a key element for the countries concerned by reconciliation (Saudi Arabia, Egypt and the United Arab Emirates). They add that the positive signals from Gulf countries and Egypt do not mean ending the causes of the dispute with Turkey without receiving clear Turkish guarantees.

These were the details of the news Qatar seeks to include Turkey in regional reconciliation for this day. We hope that we have succeeded by giving you the full details and information. To follow all our news, you can subscribe to the alerts system or to one of our different systems to provide you with all that is new. 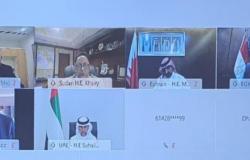 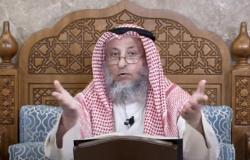 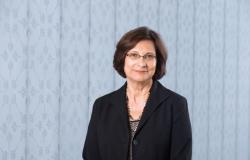