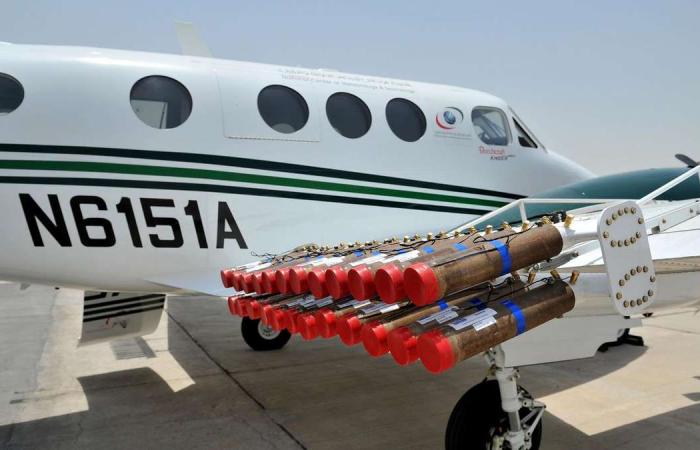 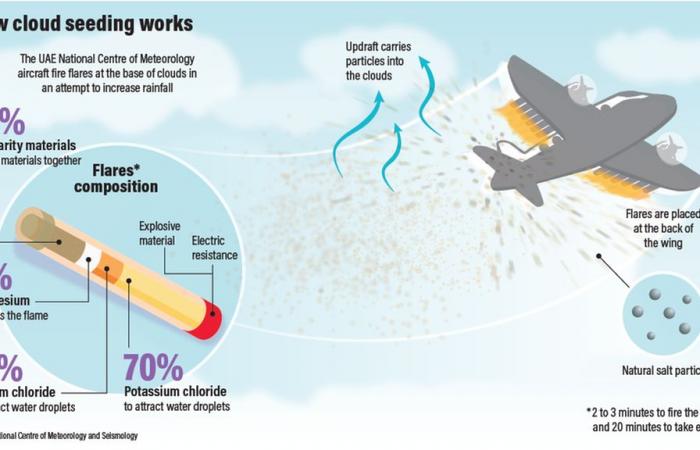 Hind Al Soulia - Riyadh - More than 200 cloud seeding operations were carried out in the UAE during the first half of this year.

On Monday, the National Centre of Meteorology said a team of pilots and technicians used 4,841 flares, and 419 ground generator flares, during the flights

Since January, it has completed 219 operations.

“NCM’s cloud seeding operations demonstrate the importance placed by the UAE on providing sustainable water resources through encouraging research and innovation in water-related technologies," NCM said in a statement.

By producing rain artificially, it helps top-up the country’s water resources, which are among one of the scarcest in the world.

Using a network of radars and weather stations that monitor the country’s atmosphere around-the-clock, local experts analyse data on clouds to determine if they are suitable for seeding or not.

Seedability is evaluated by analysing data from at least 150 cumulus clouds.

Once data is collected, dedicated aircraft fitted with special flares are then used to fire salt crystals into convective clouds that have an updraft, hence creating rain.

Global droughts have become more commonplace in recent decades due to climate change.

The UAE receives an average of less than 100 millimetres of annual rainfall, leading officials to embrace cloud-seeding as a viable way to bolster those numbers.

Dr Abdulla Al Mandous, director of NCM, said the centre was the “forerunner in adopting rain enhancement technologies” in the region.

“Our state-of-the-art infrastructure, coupled with excellent research and development capabilities, have helped the programme cement its prominent position in cloud seeding research,” he said.

“Emirates Weather Enhancement Factory has also allowed the centre to produce high-quality flares to use in its cloud seeding operations."

The excess rainfall in the country brought about by cloud seeding over the past few years has had a positive effect on the country’s agricultural industry by impacting crop yield, while dams across the Emirates have benefited too.

These were the details of the news UAE carries out 219 cloud seeding operations in first six months of the year for this day. We hope that we have succeeded by giving you the full details and information. To follow all our news, you can subscribe to the alerts system or to one of our different systems to provide you with all that is new.