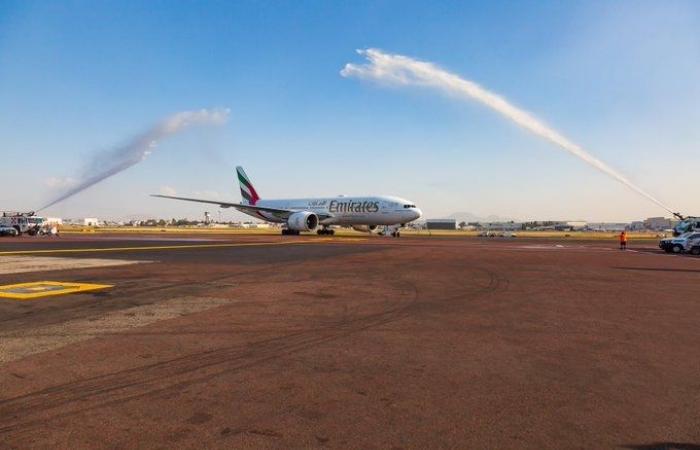 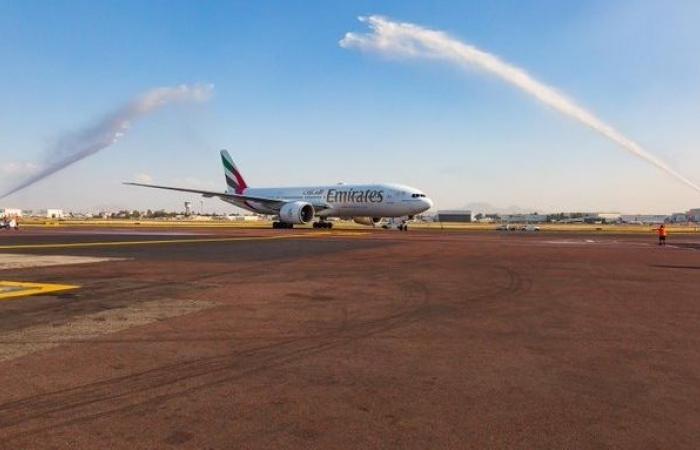 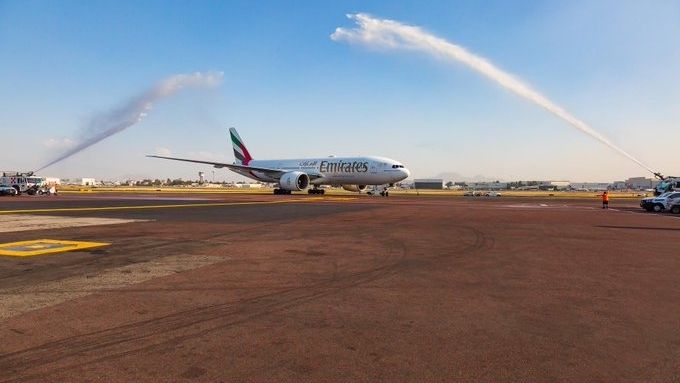 More than 300 passengers were part of the historic flight that took off from Dubai and touched down in Mexico City via Barcelona on December 9.

Daniela Marcius, an accounting professional from Mexico City, has been living with her husband in Dubai for several years. She would visit her hometown twice a year after a stopover at the United States but it was nothing short of a hassle, she admits. "I am so glad we don't have to go via United States anymore as during our transit we had to face long procedures and stringent checks at US customs and immigration. We were thrilled when we heard the news about the launch of the Emirates flight one year ago. We made sure that we got onboard the first flight to Mexico City. Now with this flight, the journey is more pleasant, comfortable and hassle free. We are really relieved."

Marcius was one of more than 300 passengers who was part of the historic flight that took off from Dubai at 3:30 local time on December 9, Monday, and touched down in Mexico City via Barcelona. The Emirates Boeing 777-200LR flight with 38 Business Class seats in a 2-2-2 layout, and 264 seats in Economy Class, included a group of VIP guests and media onboard. In Dubai and Barcelona, the passengers were greeted with various musical performances taking them through a journey of Mexico's culture and traditions.

"Emirates flight EK255 has arrived at Mexico International Airport. The local time is 4:15pm and the temperature outside is 25 degrees Celsius," announced the flight captain, his last words sinking into a huge round of applause and a water cannon salute at the airport. With broad grins and smiles, the passengers from Dubai, led by the high-profile delegation, disembarked the aircraft. What followed was hugs, handshakes and group photos with the Mexican authorities.

Speaking with Al Khaleej Today, Alonzo Sumsodien, a South African national said, "I work in Mexico's offshore oil drilling and every time I had to travel from my hometown to Mexico, I had to go via long hauls in Europe. This time I flew to Dubai from South Africa and then took this inaugural flight all the way to Mexico City via Barcelona. Emirates is one of the best airlines in the world and I enjoy flying with it. Earlier I would go home once in six weeks but with this new flight I would surely travel more often."

Marking the importance of this new gateway in Americas, Salem Obaidalla, Emirates' Senior Vice President Commercial Operations for the Americas, told Al Khaleej Today, "With this new daily service, Mexico is now linked with the Middle East through Dubai. It will not only bring more revenue to our network, but also open up channels for trade and tourism. Emirates is the first Middle East carrier operating to a Mexican airport, the hub of Latin American trade. The flight will link Mexico to Dubai in the Middle East facilitating convenient onward connections to numerous destinations in Africa and the Indian subcontinent. Mexico is a new market for us known for its fruits, vegetables and meat and the daily Emirates flight will undoubtedly boost our trade."

The new 777 flight also offers up to 14 tonnes of cargo, opening up access to more global markets for Mexican exports such as avocados, berries and other fresh produce. Emirates SkyCargo has been flying freighters to and from Mexico City since 2014 already and since April 2018 has carried over 33,000 tonnes of cargo on the route.

The daily service, Emirates flight EK 255, departs Dubai at 03:30 local time, arriving in Barcelona at 08:00 before departing again at 09:55 and arriving into Mexico City at 16:15 on the same day. The return flight EK256 departs Mexico City at 19:40 local time, arriving in Barcelona the next day at 13:25. EK256 departs once again from Barcelona at 15:10 bound for Dubai where it arrives at 00:45 the following day. Nationals of Mexico, Spain and the UAE do not require visas to travel to any of the three countries.

As a multimedia journalist, I consider it a privilege to tell the stories of people in the UAE and allow the world to meet the people with whom their paths may never cross. I am a graduate of the Broadcast and Digital Journalism master's programme at Syracuse University in New York. Prior to joining Al Khaleej Today, I interned with Al Jazeera English in Washington DC and worked as a senior news desk editor with CNN-IBN in Delhi.

These were the details of the news Dubai - Emirates passengers thrilled as historic flight lands in Mexico City for this day. We hope that we have succeeded by giving you the full details and information. To follow all our news, you can subscribe to the alerts system or to one of our different systems to provide you with all that is new.