Kepler telescope discovers the most distant planet outside the solar system 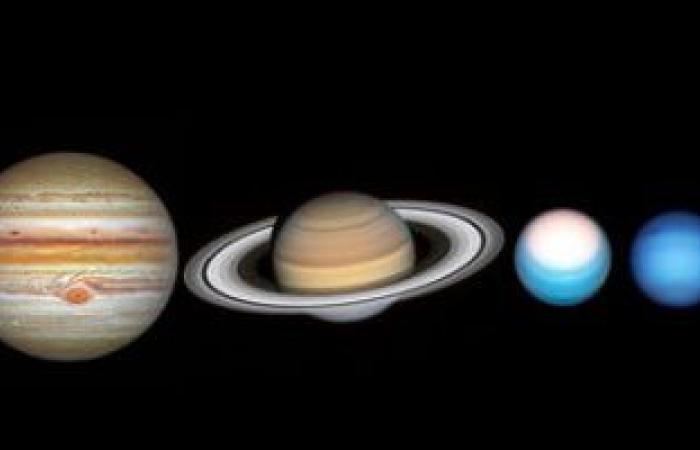 An exoplanet has been found 17,000 light-years from Earth hiding in data collected by the now retired Kepler space telescope, Russia Today reports.

Described as the farthest world ever captured by the Planetary Observatory, twice the distance of the previous record, the exoplanet is surprisingly nearly an exact twin of Jupiter – of similar mass, and orbiting about the same distance as the distance between Jupiter and the sun.

The discovery has been submitted to the Royal Astronomical Society’s Monthly Notices and is available on the arXiv preprint server. “Kepler was never designed to find planets using the exact lens, so, in many ways, it’s a big deal,” said astronomer Eamonn Kerns, of the University of Manchester. It’s amazing that he did that.”

Kepler played a key role in opening up the field of extrasolar astronomy, launched in 2009, and spent nearly 10 years searching for extrasolar planets, or exoplanets.

During that time, his observations revealed more than 3,000 confirmed exoplanets, and 3,000 other candidates, and Kepler stared at star fields, optimized to detect faint, regular dips in starlight that indicate an exoplanet in orbit around a star.

This is called the transit method, and it’s good for finding nearby, larger exoplanets that orbit close to their stars. Microlensing is a bit more complex, taking advantage of gravitational anomalies and shell alignment.

Just as the mass of an object such as a planet creates a gravitational curvature of spacetime around it, and if this planet passes in front of a star, the curved spacetime essentially acts as a magnifying lens that makes the star’s light shine dimly for a short period.

A micro-gravitational lens is very good at finding exoplanets at a long distance from Earth, orbiting their stars at very large distances, down to very small masses of planets.

And the farthest exoplanet discovered so far was captured by the micro-lens, a world 25,000 light-years away, and since Kepler has been optimized to detect changes in starlight, a team of researchers led by the University of Manchester recently thought of looking at its data for the events of the micro-lens, From an observation window over a period of several months in 2016.

They identified 27 events, five of which were completely new, and not yet identified in data from ground-based telescopes. The combined data set allowed the team to determine that the exoplanet has a mass of about 1.1 times the mass of Jupiter, and orbits its star at a circular distance of 4.4 AU.

These were the details of the news Kepler telescope discovers the most distant planet outside the solar system for this day. We hope that we have succeeded by giving you the full details and information. To follow all our news, you can subscribe to the alerts system or to one of our different systems to provide you with all that is new.

I am Joshua Kelly and I focus on breaking news stories and ensuring we (“Al-KhaleejToday.NET”) offer timely reporting on some of the most recent stories released through market wires about “Services” sector. I have formerly spent over 3 years as a trader in U.S. Stock Market and is now semi-stepped down. I work on a full time basis for Al-KhaleejToday.NET specializing in quicker moving active shares with a short term view on investment opportunities and trends. Address: 838 Emily Drive Hampton, SC 29924, USA Phone: (+1) 803-887-5567 Email: [email protected]net