Pictures taken with front cameras distort your image.. know why 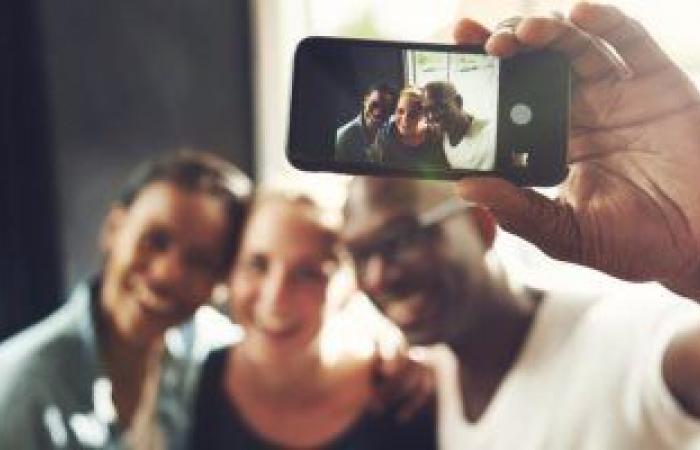 People now take an average of 450 photos of themselves each year, but a new study may prevent you from taking too many photos with the front camera, as researchers from the University of Texas Southwestern Medical Center revealed that selfies distort the image of your face, making your nose appear longer and wider than photos normal.

In the UK, rhinoplasty, also known as rhinoplasty, is one of the most popular forms of plastic surgery, and according to researchers, requests for rhinoplasty have soared amid the popularity of selfies.

Dr Bardia Amerlak, who led the study, said: ‘There is a significant association between the increase in selfies and the increase in rhinoplasty requests, especially among younger patients.

The team hired 30 volunteers to explore how selfies affect the appearance of their facial features. The volunteers sat in a series of three photos, two photos taken with a front camera at distances 12 and 18 inches from the face, and one taken with a digital camera at a distance of five feet. All three in the same session and under the same lighting conditions.

The researchers compared the measurements of four facial features in the photos—the nose, lip, chin, and width of the face—and participants also completed questionnaires to assess how satisfied they were with their appearance in the pictures.

The results showed that pictures taken with the front camera significantly distorted the facial features of the participants. On average, the nose appeared 6.4% longer in 12-inch selfies, and 4.3% in 18-inch selfies, compared to the image taken with the digital camera.

It also found that chin length decreased by an average of 12% in 12-inch selfies, and this led to a massive 17% increase in the ratio of nose to chin length.

These were the details of the news Pictures taken with front cameras distort your image.. know why for this day. We hope that we have succeeded by giving you the full details and information. To follow all our news, you can subscribe to the alerts system or to one of our different systems to provide you with all that is new.