The bright spot on Mars .. a new study provides an... 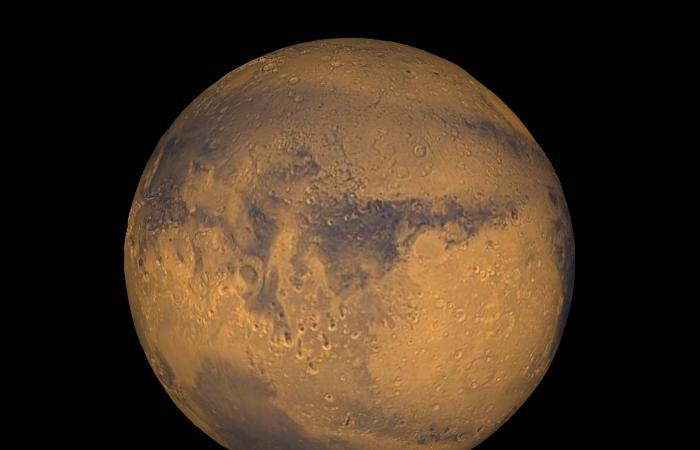 A new study has revealed that unexpected bright radio spots discovered around the south pole of Mars may be caused by a layer of ice on volcanic rocks.

Cyril Grima, a planetary scientist at the University of Texas and lead author of the study published in the journalGeophysical Research Letters‘, pockets of liquid water below the surface could explain this finding.

But this has been a mystery to the scientific community because water generally requires a lot of salt and a source of heat to remain liquid in a planet that experiences temperatures of minus 62 degrees Celsius, says the magazine “Popular Sciencewhich quoted the study.

In 2018, a team of researchers detected an area with unusually bright radio reflections at the Martian south pole ice cap, using data from a radio instrument called MARSIS on the European Space Agency’s Mars Express Orbiter spacecraft. The discovery sparked a scientific debate that has not slowed down since then.

By testing the properties of this analog, the researchers will replace material on Earth with what they expect to find on Mars to simulate this problem, and they will see if they can recreate the strong radio reflections recorded by MARSIS.

But this method has important limitations. No matter how closely researchers study a substance on Earth, they can’t tell if and how the same thing exists on Mars.

Instead, Grima and his team took a different approach using years of radio data from MARSIS covering the entire planet.

Exploring this data allowed them to ask the question: Would it be possible to produce equivalently radioactive regions outside the south pole of Mars, if the layer of polar ice extended across the entire surface of the planet?

The team modified the MARSIS data to simulate the way radio signals would change as they passed through a global ice sheet.

These results, Grima noted, make it unlikely that the readings were from liquid water.

He said that only certain types of salt water may be able to survive in liquid form during exposure to low temperatures.

Grima added that some clay can produce radio signals, or perhaps patches of volcanic basalt rock if it is “really dense and rich in iron,” explaining that it is possible that there is a mixture of clay and basalt rock that explains this.

These were the details of the news The bright spot on Mars .. a new study provides an... for this day. We hope that we have succeeded by giving you the full details and information. To follow all our news, you can subscribe to the alerts system or to one of our different systems to provide you with all that is new.