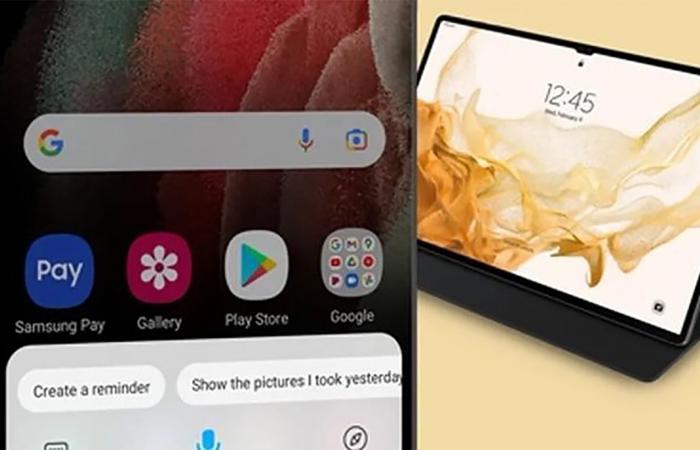 Pictures of the Galaxy S22 and Galaxy Tab S8 have been leaked there, and it is expected to be officially released early next month.

Image found (by 91 Mobile) Bixby related support page. And display the tablet device clearly visible in the picture. Since the South Korean company has never released a tablet with a display hole, this device could be the upcoming Galaxy Tab S8 Ultra. The company has not yet removed the image from its website.

The device is expected to have great features such as a 14.6-inch Super AMOLED screen with a refresh rate of 120 Hz. It will have two 12-megapixel cameras on the front, featuring 4K video recording. On the back, the tablet is said to have a 13MP primary camera and a 6MP ultraviolet camera. It uses a Snapdragon 8 Gen 1 processor, 8/12/16 GB RAM, and 128/256/512 GB storage.

These were the details of the news Samsung accidentally leaks its new tablet for this day. We hope that we have succeeded by giving you the full details and information. To follow all our news, you can subscribe to the alerts system or to one of our different systems to provide you with all that is new.