What will Apple call its virtual reality glasses? report answers 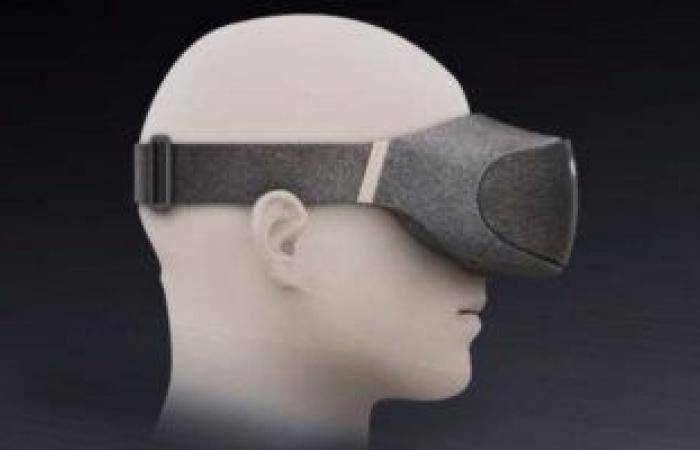 We’ve seen a great deal of news and rumors regarding Apple’s planned mixed reality headset over the past week, and now one of Apple’s most accurate leaks has gone in with more fuel to start a fire, but it’s not good news if you’re concerned about the price of the device, according to a digitaltrend report.

The news comes from Bloomberg reporter Mark Gorman, whose track record of Apple rumors is one of the best in the business world.

Apple often charges more than its competitors, partly to ensure high profit margins and partly to offset the cost of the high-end components used in its devices, and according to Gorman, the high price of the headset has more to do with the other of these two factors.

“I expect there are two processors inside the device, one of which is on par with the M1 Pro in the MacBook Pro, and you can combine that with multiple displays — including 8K Ultra HD panels — an option of an interchangeable prescription lens, advanced audio technology, and increased In costs, don’t forget seven years of internal development expenditures that must be reimbursed.”

All of this suggests that you shouldn’t get your hopes up for an affordable device. Information news outlet and industry analysts, Display Supply Chain Consultants, previously predicted a price tag of several thousand dollars. Reputable analyst Ming-Chi Kuo bucked the trend. Paying a starting price of $1,000, but it seems to be in the minority here, and with Gurman now predicting a price “above $2,000,” Apple appears to be targeting a high-end audience with money to burn.

Gurman also added some additional details regarding the setup of the chip inside the headset, Gurman said: “I think the chip inside the Apple headset will be on par with the M1 Pro, making it better than the M1, and the main reason to use the M1 Pro on the M1 is not the CPU speeds.” Central, but the need for more advanced graphics as you know, the M1 has an eight-core GPU, while the M1 Pro has 14 to 16 graphics cores.”

“Since it will have multiple processors, a fan, ultra-high-resolution screens, and its own app store,” Gorman continued, “gaming will be the priority.” However, media consumption and communications will also be important, and I expect Apple to work with media partners to create content that can be viewed in VR on the device, Gurman claims, adding that people should “look for Animojis and VR FaceTime-like experiences to be a new age zoom.”

In the same newsletter, Gorman identified some potential names that Apple might choose for the device, and excluded Spectacles and Glass, as they were already captured by Snap and Google respectively. Interestingly, the name Apple Glass was previously mentioned by leaker Jon Prosser, on the Although Gurman himself rejected the idea, stating that Apple would not use the same name as a failed product as Google Glass.

And the latest Power On news release brings up some other possibilities, and Gurman thinks Apple Vision is the most likely contender, with Apple Reality not far behind, and he thinks Apple Sight and Apple Lens could be possible, but you shouldn’t bet on names like Apple Goggles, Apple AR, or Apple VR, mainly because they might brand the device and its future capabilities.

And with so many leaks in such a short amount of time, Apple’s Mixed Reality headset seems to be getting more and more real by the day — no matter what Apple calls it, if the rumors about its power (and price) prove true, it could be one of the most popular products out there. Apple is famous for years.

These were the details of the news What will Apple call its virtual reality glasses? report answers for this day. We hope that we have succeeded by giving you the full details and information. To follow all our news, you can subscribe to the alerts system or to one of our different systems to provide you with all that is new.