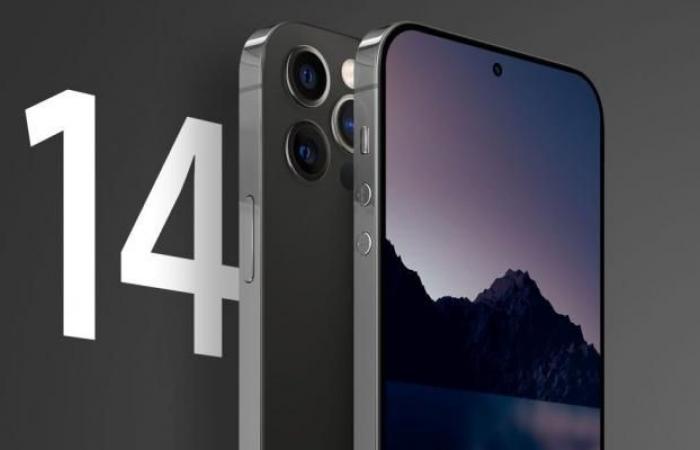 New leaks related to the specifications of the upcoming Apple phone “iPhone 14”, including new features expected to appear for various versions of the phone.

Apple may introduce this new generation of the iPhone during the fall of 2022, with a feature bearing the marketing name ProMotion, a feature that displays the variable refresh rate that was exclusive to the Apple iPad Pro tablet until last fall.

Apple also provided this feature exclusively for the advanced versions of the new iPhone 13, as it was available at a refresh rate of 120 Hz in the iPhone 13 Pro and iPhone 13 Pro Max.

What is new is that the iPhone 14 release may see this feature provided for lower Apple versions, as the trusted expert, “Jeff Boe,” stated that Apple customers will not need to choose between professional and traditional versions to get the ProMotion feature this year.

A new leak about the components of the iPhone 14, which will be officially announced at Apple’s annual conference next September, revealed that the company is working on a new design for the iPhone models that it is preparing to launch this year, including the iPhone SE.

Apple is preparing to launch its future phone with a revolutionary design, where significant modifications are being made, according to multiple sources of a number of experts, as the company is testing a new design that features Face ID sensors hidden at the bottom of the screen, allowing to abandon the bump because the camera lens will be the only component that requires a cutout on the screen. .

According to the reliable expert, DylanDKT, the front camera of the iPhone 14 Pro will be small, with a small oval shape with rounded edges.

In the coming months, the reality of these expectations will become clearer, although it will be a source of joy for Apple phone enthusiasts who have long wanted to get rid of the annoying notch design.

These were the details of the news New leaks reveal the specifications of the upcoming Apple phone “iPhone... for this day. We hope that we have succeeded by giving you the full details and information. To follow all our news, you can subscribe to the alerts system or to one of our different systems to provide you with all that is new.