iPad Air (2022) will support A15 Bionic processor and 5G networks 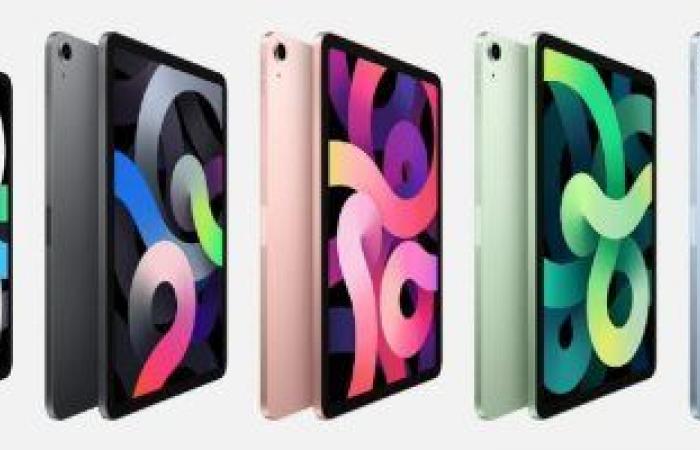 Recent leaks revealed that Apple is preparing to launch the fifth generation of the iPad Air (2022), as reports from Asia say that the tablet will get an improved front camera, FaceTime, with Center Stage support.

The latter will use machine learning so that when you use the front-facing ultra-wide-angle camera for apps like FaceTime, you and others will stay in the frame no matter how much you move around.

According to reports, the fifth generation of iPad Air will be revealed this spring along with the iPhone SE 3, and the iPad Air (2022) will have the same form factor as the previous model but will be powered by the same A15 Bionic that powers the iPhone 13 line.

The FaceTime camera will be a final 12MP ultra-widescreen device with a quad-LED True Tone flash, and the tablet will offer 5G support, and the report also notes that the specifications will be similar to the sixth-generation iPad mini.

And we should expect to see the fifth-generation iPad Air featuring the same 10.9-inch display that the 2020 fourth-generation unit carried, a Touch ID fingerprint scanner combined with the power button, a single rear camera, a USB-C port, and support for a second Apple Pencil.

Thanks to the touch surface, the user can change the tip of the Apple Pencil without having to place the digital typewriter, and while prices are unknown at this time, the current iPad Air starts at $599 for the Wi-Fi version with 64GB of storage.

And as COVID continues to keep some employees and schoolchildren at home, demand for tablets may remain strong.

These were the details of the news iPad Air (2022) will support A15 Bionic processor and 5G networks for this day. We hope that we have succeeded by giving you the full details and information. To follow all our news, you can subscribe to the alerts system or to one of our different systems to provide you with all that is new.