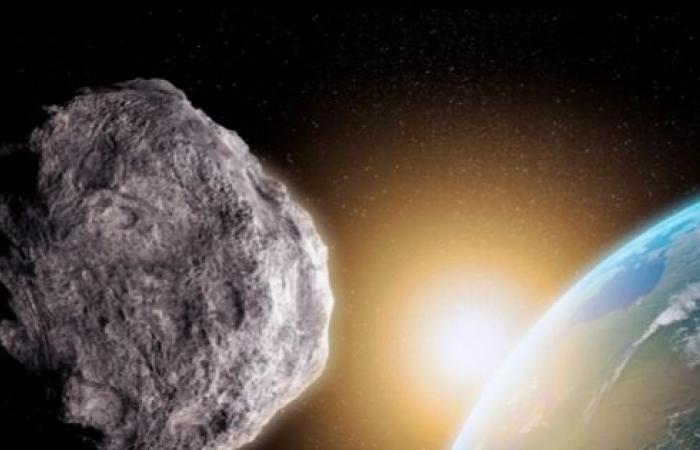 NASA has warned that huge asteroids may head to Earth undetected, and the cause is a blind spot in the sky.

And according to what the British newspaper “The Sun” reported, astronomers funded by the American Space Agency found that objects heading at night from the east can appear stationary due to the way it rotates. planet earth around the sun; This means that these objects can bypass the vast network of computerized telescopes and sneak onto Earth without warning.

The algorithm has been created for telescopes to be on alert for asteroids and thus raise the signals of moving objects, to avoid false alarms when supernovae and glowing stars pass by, and it has been programmed to consider that objects heading toward Earth appear to be drifting west in the sky due to the planet’s eastward rotation on its axis.

The newspaper pointed out that when asteroids approach the eastern sky, the rotation of the Earth and its curved orbit around the sun can make the objects appear stationary.

Some scientists explained that 50% of the asteroids heading to Earth from the east are believed to go through periods of slow motion, which makes them difficult to detect, continuing: “Surveys should take extra care when scanning the sky in this direction, and strongly follow up on new objects. slow moving.”

Despite the alarming revelation, Professor Richard Winscott, who led the research team at the University of Hawaii, said people shouldn’t lose sleep due to the potential for an asteroid to surprise them. “If we find something that hits Earth, we’d like to do something about it.” .

And in 2019, a 100-meter-long asteroid blast past the planet just 43,000 miles away, and after it was spotted just 24 hours ago, raised concerns across the astronomical community and led to a renewal of guidelines for asteroid watchers.

A previous NASA report warned that at least 5 asteroids are approaching Earth this month – one the size of a large building.

Everyone was surprised by the terrifying scenes of the underwater eruption of the Tonga volcano, today, Saturday, which raised warnings of a huge tsunami known as a “tsunami” within a number of countries.

Abeer Fouad, an expert in horoscopes and astronomy, reveals the predictions of Taurus for the month of January 2022, in a video she posted on her official YouTube channel.

Salah Ahmed Zaki, a middle school student who had a brain tumor and underwent more than one operation recently to get rid of it, and his father, a simple hygiene worker, cannot afford his treatment expenses

These were the details of the news NASA warns of huge, undiscovered asteroids heading to Earth for this day. We hope that we have succeeded by giving you the full details and information. To follow all our news, you can subscribe to the alerts system or to one of our different systems to provide you with all that is new.