Samsung Galaxy S22 Plus specifications appear before its launch 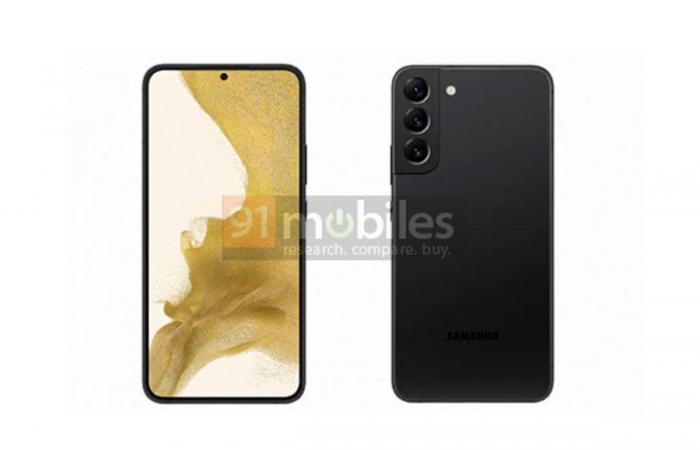 The leaks continue to catch up with the upcoming Samsung flagship phone, over recent months, and with the date of the official unveiling of the new family approaching, some pictures of the Samsung Galaxy S22 Plus, which is the middle one in the family, have appeared.

Many leaks received the new generation of Samsung’s flagship phones for the year 2022, especially the Samsung Galaxy S22 Ultra, which appeared in several pictures and also revealed its specifications, while not much information appeared about the Plus version, but today’s leak dealt with a lot of information about middle phone.

According to the Indian website, 91Mobile Samsung will announce 3 new phones in the Galaxy S22 family, the basic one, the Plus version and the other Ultra, which will excel in terms of screen size and internal specifications.

And the site published pictures of the Plus version of the expected phone, which appears with a similar design that may be a completely identical copy to the previous generation, where the selfie camera lens slot is in a small hole at the top of the middle of the interface, the narrow edges, the volume control buttons and the lock on the right side.

It seems that the phone will also feature a metal frame, while on the back, the Samsung Galaxy S22+ will come with a rear camera with three lenses arranged vertically, next to the first LED flash as shown in the pictures.

The same source reveals the specifications of the expected phone, as it says that it will come with the Samsung Exynos 2100 processor, which is an eight-core offering a speed of up to 2.9 GHz, while the copies destined for the British markets will be with the all-new Exynos 2200 processor, and it will be supported by 8 GB of random memory.

The phone will have a 6.55-inch Dynamic AMOLED screen that displays content with a refresh rate of 120 Hz and a brightness of 1750 nits.

While the Samsung Galaxy S22 Plus will come with a 10-megapixel selfie camera and a 4,500 mAh battery with a 45-watt fast charger.

These were the details of the news Samsung Galaxy S22 Plus specifications appear before its launch for this day. We hope that we have succeeded by giving you the full details and information. To follow all our news, you can subscribe to the alerts system or to one of our different systems to provide you with all that is new.