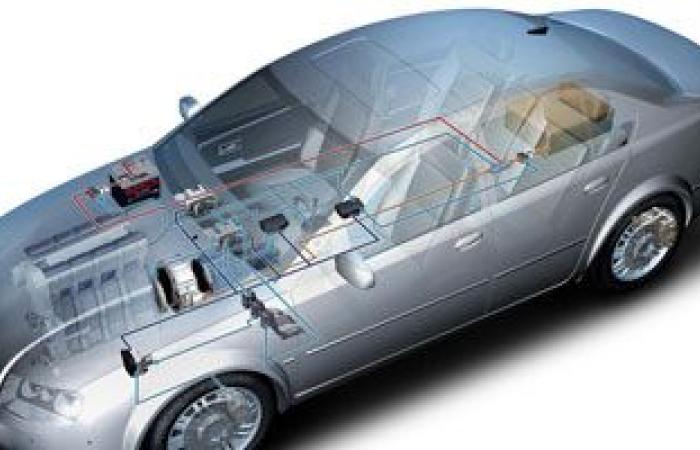 In 2014, leaks appeared for the first time about the intention of the American giant Apple to break into the electric car market, but little was officially revealed in this context, according to a Sky News Arabia report.

And the British newspaper “Daily Mail” reported that there are signs of Apple’s progress in the electric car project, noting the ongoing tests that are being conducted on the self-driving program in Cupertino, California.

These experiments are being carried out on a fleet of Lexus sports cars, where advanced tools such as sensors have been added to them.

Based on this information, experts predict what Apple’s cars will look like, and the revolutionary features it might include. He says that the most prominent of these advantages is a touch screen control, along with an intelligent robotic assistant similar to the “Siri” system found in iPhone phones.

British car rental company Vanarama worked with artists to draw a rough model of what the Apple car would look like. The expected look of the awaited car is characterized by elegant and simple lines at the same time.

The company’s CEO, Andy Alderson, said that the rumors about the Apple car began in 2014, and have gained popularity since then.

He added that the matter has become very important in the car industry and even outside it, stressing that the company is keen to see what it will look like.

He pointed out that the design was based on patents submitted by Apple, with the construction of designs and aesthetics expected from Apple, in addition to what was leaked of information about the car. These are the most prominent indicators of the shape that the car will take.

These were the details of the news Leaks talk about the upcoming Apple car.. amazing features for this day. We hope that we have succeeded by giving you the full details and information. To follow all our news, you can subscribe to the alerts system or to one of our different systems to provide you with all that is new.