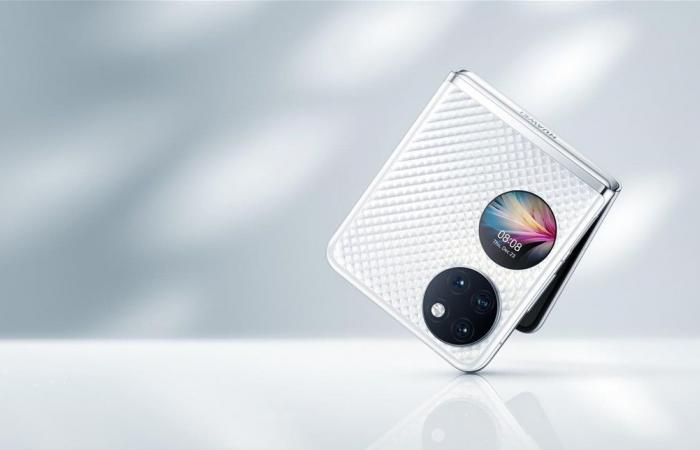 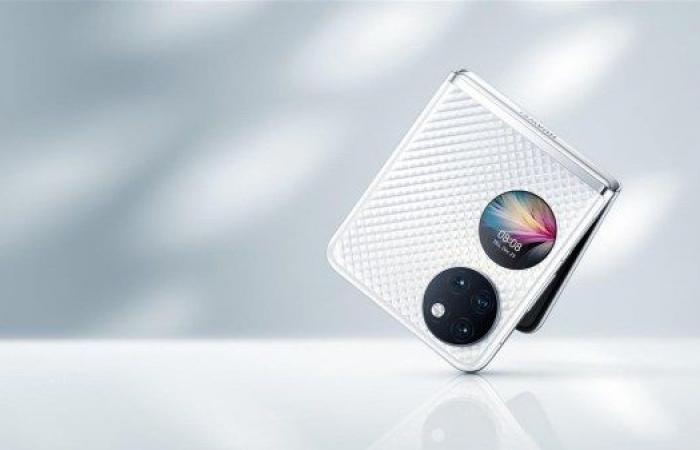 Huawei announced its new phone, the P50 Pocket, for the Chinese company to enter the foldable phone market again with a different design for its phones.The new phone, like the latest Samsung and Oppo phones, comes with a single foldable screen from the middle. This screen is a 6.9 inch OLED screen, FHD+ resolution and a high refresh rate of up to 144Hz. Huawei says that the screen is covered with a non-reflective layer.

The P50 Pocket also has a secondary external display in the form of a circle similar to the triple camera circle. This screen can be used as a mirror when using the rear camera or to show notifications. The screen also has a set of windows dedicated to it, such as the navigation window that shows directions when using maps.

The rear camera of the phone is a triple camera consisting of a 50-megapixel primary camera, a 13-megapixel Ultra Wide camera and an 8-megapixel Telephoto camera.

The phone battery is a 4000 mAh battery that supports 40W fast charging. Huawei did not announce during the conference about the processor used in the phone, but it announced that it will be available in a version of 8 GB of random access memory and 256 GB of internal storage.

These were the details of the news Huawei launches its new foldable phone for this day. We hope that we have succeeded by giving you the full details and information. To follow all our news, you can subscribe to the alerts system or to one of our different systems to provide you with all that is new.