A strange screen by a Japanese inventor that enables you to... 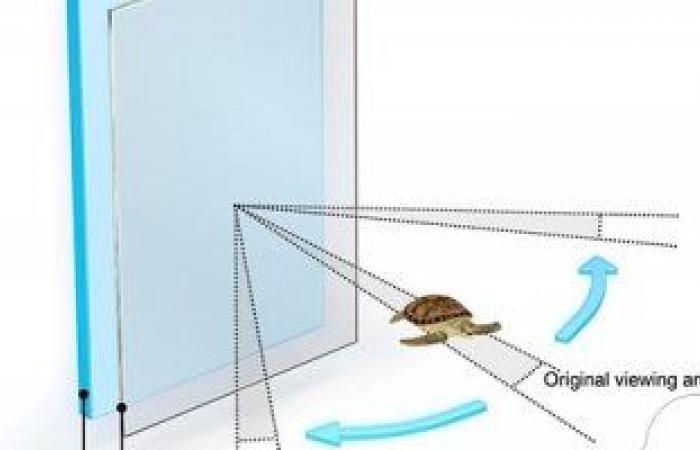 A Japanese university professor has created a prototype of a screen that can be licked with the tongue in order to taste the flavor of the food presented to it, in a new step to approach the viewing experience using the various senses, according to a Sky News Arabia report.

The device, which is called “TTTV”, which is an abbreviation for “Tasting Television”, depends on a circular formation containing 10 cans from which a spray comes out, which is mixed in formations to give a specific taste of food..

The flavor sample is moved onto a health chip on a flat screen TV, for the viewer to experience with his or her tongue.

“In the time of Corona, such technology can enhance the way people communicate and interact with the outside world,” said Homi Miyashita, a professor at Meiji University in Tokyo.“.

“The goal is to enable people to experience something like eating in a restaurant on the other side of the world, even while staying at home,” he added.

Miyashita works with a team of about 30 students who have produced a variety of devices that flavor food, even forks that make it taste richer..

He said he built the prototype from the screen himself last year, and that a commercial version will cost about 100,000 yen ($875)..

Miyashita has also been in talks with companies about using his aerosol technology in applications, such as a device that can add the taste of pizza or chocolate to a slice of toast.

These were the details of the news A strange screen by a Japanese inventor that enables you to... for this day. We hope that we have succeeded by giving you the full details and information. To follow all our news, you can subscribe to the alerts system or to one of our different systems to provide you with all that is new.