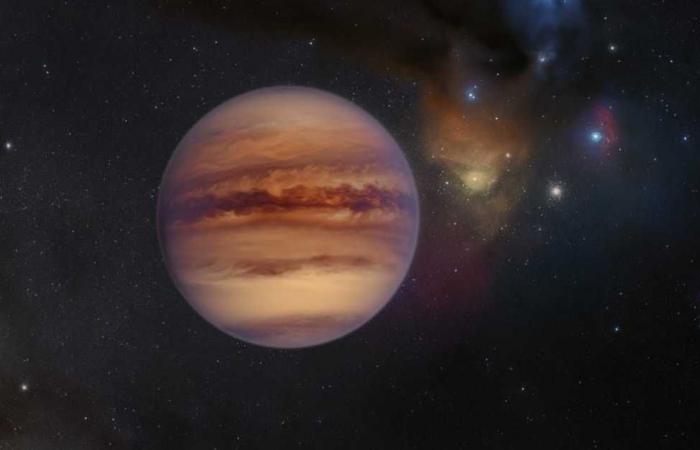 The researchers monitored a group of planets No less than 70 freely floating planets – planets that do not orbit a star – in an area close to a galaxy Milky Way, known as the Scorpio Superior Star Association.

The researchers documented their discovery in a study published in the journal Nature Astronomy, where the study’s author, Nuria Merritt Roig, from the Astrophysics Laboratory in Purdue, with a team of scientists used astronomyObservations and archival data from a number of large observatories, including the European Southern Observatory’s and Subaru telescopes, analyzed 80,000 images over a 20-year period.

Free-floating planets are often discovered from observing the chance of a brief alignment between an exoplanet and a background star.

As for new planets, they were discovered in a different way. It is usually impossible to photograph these planets, lurking far from any star that illuminates them. However, the researchers took advantage of the fact that these planets are still hot enough to glow during millions of years after their formation, making them amenable to To be detected directly by sensitive cameras on telescopes the big one.

The research team used 80,000 observations to measure the light of all members of the association across a wide range of optical and near-infrared wavelengths and combined them with measurements of their movement in space.

It should be noted that rogue planets roam the universe without orbiting a star, so they are also known as floating or orphan planets, and were first discovered in the 1990s, but recent discoveries have nearly doubled the known total.

These were the details of the news An amazing discovery… Scientists monitor dozens of “floating” planets for this day. We hope that we have succeeded by giving you the full details and information. To follow all our news, you can subscribe to the alerts system or to one of our different systems to provide you with all that is new.

Russian diplomat resigns, says he's never been so ashamed of his country