The discovery of 170 exoplanets the size of Jupiter, 420 light-years... 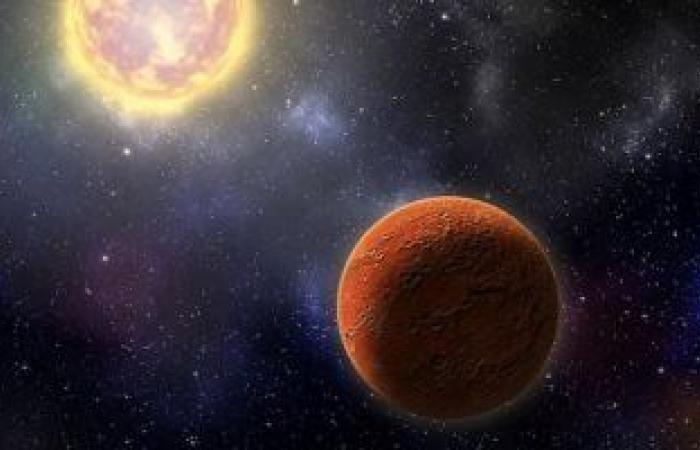 Astronomers have discovered up to 170 planets of similar size for Jupiter In a group 420 light-years from Earth, it is the largest group of its kind discovered so far planets lurking In a dark universe without a star lighting them, it would usually be impossible to photograph them.

According to the British newspaper, “Daily Mail”, astronomers from the Astrophysics laboratories de Bordeaux in France revealed that they have taken advantage of the fact that a few million years after their formation, these giant gaseous worlds are still hot enough to glow, making them detectable.

“We didn’t know how many planets to expect and we’re excited to find many,” study researcher Nuria Merritt-Roig explained, adding that they were in the star-forming region of the higher constellations Scorpios.

The team examined data spanning 20 years, from ground and space telescopes, to find all of these planets, and measured the precise motions, colors and luminosity of tens of millions of sources across a large expanse of sky.

These measurements allowed for the safe identification of the faintest objects in this region, and most of the data came from ESO-controlled observatories, including the Very Large Telescope (VLT).

The team also used the European Space Agency’s Gaia satellite, which was launched to precisely measure the positions, distances and motions of stars, to identify areas to be studied.

And their findings suggest there could be more of these starless planets that we haven’t yet discovered.

These were the details of the news The discovery of 170 exoplanets the size of Jupiter, 420 light-years... for this day. We hope that we have succeeded by giving you the full details and information. To follow all our news, you can subscribe to the alerts system or to one of our different systems to provide you with all that is new.