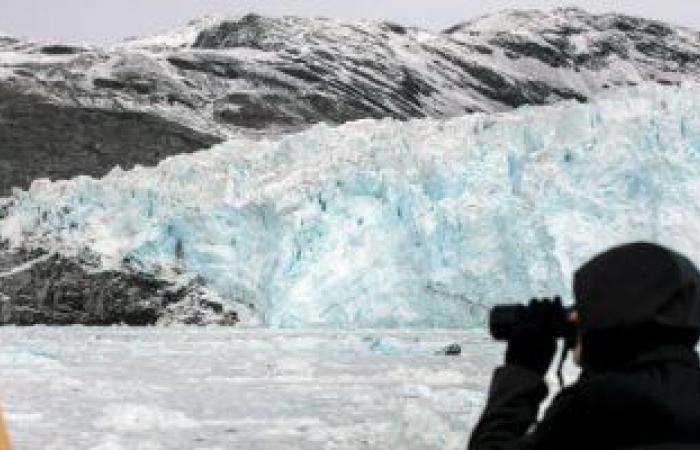 According to Japanese scientists, the melting of ice in Antarctica due to global warming may lead to a five-meter rise in the water level in the oceans and seas by the third millennium, according to a Russia Today report.

The Journal of Glaciology indicates that researchers expect sea levels to rise by 30 centimeters by the end of this century.

Scientists from the universities of Hokkaido and Tokyo and the Japan Agency for Earth Science and Technology studied the long-term possibilities of melting the Antarctic ice sheet under global warming conditions.

This study was part of a large international initiative to compare the next generation of models, to assess the impact of global warming on the ice sheet in Antarctica and Greenland, which was launched as experts prepare the Intergovernmental Panel on Climate Change (IPCC) its sixth report on climate change.

In order to make this comparison between all these models, the researchers used standardized raw indicators across all of them, assuming that these indicators would not change after the year 2100.

From this comparison, it became clear to the researchers that the continuation of global warming will contribute to a sea level rise by 2100 by 30 centimeters, and by the third millennium it will reach 5.4 metres.

However, if greenhouse gas emissions are reduced, these figures will be reduced to three centimeters and 0.32 metres, respectively.

Dr Christopher Chambers, from the Low Temperature Institute, said: “Our study clearly shows that the impact of climate change on Antarctic ice continues beyond the 21st century.

And that the most serious consequences will appear later and will be in the form of rising water levels in the global ocean.” According to the researchers, the main risk factor is the potential collapse of the West Antarctic ice sheet, which rests on a base located well below sea level.

These were the details of the news Scientists expect sea level to rise by several metres for this day. We hope that we have succeeded by giving you the full details and information. To follow all our news, you can subscribe to the alerts system or to one of our different systems to provide you with all that is new.