A deadly asteroid caused two years of darkness on Earth 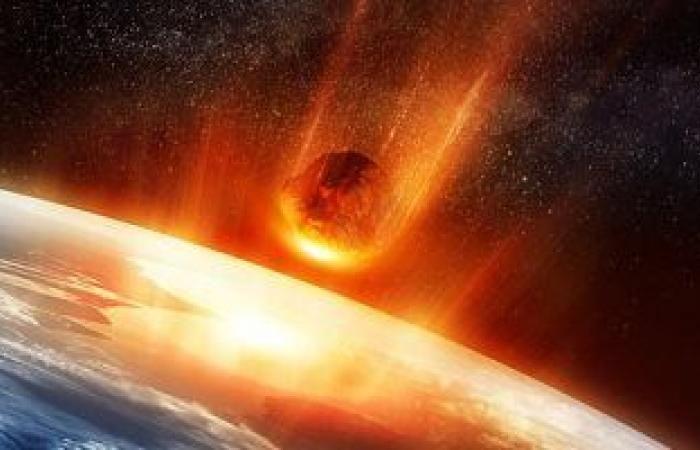 A recent study revealed that the asteroid that killed dinosaurs Almost all life 66 million years ago caused two years of darkness on Earth, as soot from wildfires filled the sky and obscured the sun soon after asteroid collision by planet.

According to the British newspaper, “Daily Mail”, a team from the California Academy of Sciences added that the 7.5-mile-wide asteroid moved at 27,000 miles per hour when it collided with what is now the Gulf of Mexico.

The asteroid impact eventually led to the extinction of 75% of all life on Earth, and scientists have long been studying the after effects of this collision.

The American team discovered that the main cause of the extinction was probably clouds of ash and soot particles circulating in the atmosphere, and they say these clouds would have lasted for up to two years, putting large parts of the Earth in the dark, and making it difficult for anything to grow or live.

The life in the area around the impact was instantly killed, but there was much more damage in the years after the impact.

This includes tidal waves, floods, and massive environmental changes, including the ejection of particles into the atmosphere, and their spread around the world.

While the Earth was dark, the researchers say photosynthesis, the process plants use to grow, would have failed.

In an interview with Live Science, the team explained that this would have led to the collapse of the ecosystem, and even after the return of sunlight, the decline in photosynthesis would have persisted for decades.

This atmospheric darkness was caused by crushed rock and sulfuric acid from the impact forming clouds in the sky, lowering global temperatures and producing acid rain, which led to wildfires.

The team studied the impact of this long-term dark period by reconstructing the ecological communities that existed when the asteroid impacted, selecting 300 species known to come from a fossil-rich area known as Hell Creek Formation, which is made of shale and sandstone in North Dakota, South Dakota and Wyoming. and Montana.

They also created simulations of exposing communities to periods of darkness from 100 to 700 days to see which period of darkness would lead to the level of extinction we now know among vertebrate species.

These were the details of the news A deadly asteroid caused two years of darkness on Earth for this day. We hope that we have succeeded by giving you the full details and information. To follow all our news, you can subscribe to the alerts system or to one of our different systems to provide you with all that is new.