The biggest yet.. the discovery of a group of rogue planets 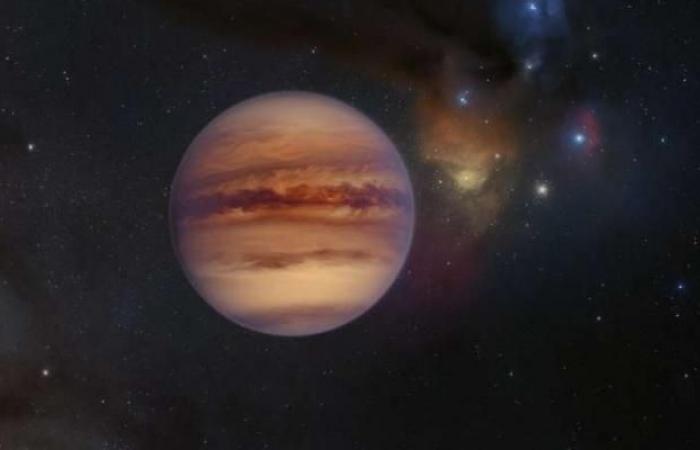 Rogue planets are elusive cosmic objects that have masses similar to those of planets in our solar system, but that do not orbit a star, but rather roam freely on their own.

Little is known about these planets yet, but a team of astronomers, using data from several European Southern Observatory (ESO) telescopes and other facilities, have just discovered at least 70 new rogue planets in our galaxy.

This is the largest group of rogue planets ever discovered, and an important step toward understanding the origins and properties of these mysterious objects. The discovery was announced Thursday in the journal Nature Astronomy.

It is usually impossible to photograph rogue planets, lurking far from any star that illuminates them. However, Nouria Merritt Roig, the French astronomer and lead researcher for the study, took advantage of the fact that these planets are still hot enough to glow during millions of years after their formation, making them Detectable directly by sensitive cameras on large telescopes.

They found at least 70 new rogue planets with masses similar to Jupiter in the star-forming region near our sun, in the upper constellation Scorpius and Ophiuchus.

To identify several rogue planets, the team used nearly 20 years of data from a number of telescopes on Earth and in space.


“We measured the precise motions, colors and luminosity of tens of millions of sources in a large area of ​​the sky, and these measurements allowed us to safely identify the faintest objects in this region, the rogue planets,” Merritt says.

“We used tens of thousands of wide-field images from European Southern Observatory (ESO) facilities, which correspond to hundreds of hours of observations, and literally tens of terabytes of data,” explains study co-astronomer Hervé Bowie.

The team also used data from the European Space Agency’s Gaia satellite, which represents a major success for the collaboration between ground and space telescopes in exploring and understanding the universe.


And the study suggests there could be more of these elusive starless planets that we haven’t yet discovered.


“There could be several billion of these free-floating giant planets roaming the Milky Way without a host star,” Bowie explains.


By studying newly discovered rogue planets, astronomers may find clues to how these mysterious objects formed. Some scientists believe that rogue planets can form from the collapse of a gas cloud too small to lead to star formation, or they can be expelled from their original system, but The most likely mechanism is still unknown.

These were the details of the news The biggest yet.. the discovery of a group of rogue planets for this day. We hope that we have succeeded by giving you the full details and information. To follow all our news, you can subscribe to the alerts system or to one of our different systems to provide you with all that is new.