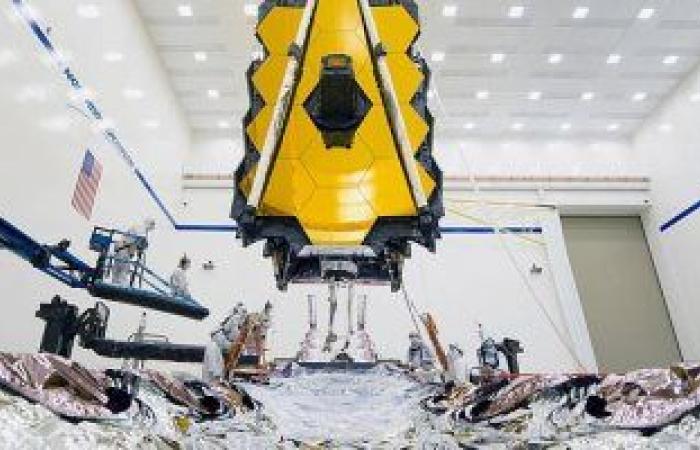 NASA has revealed that the highly anticipated launch of the $10 billion James Webb Space Telescope has been postponed again, as the huge telescope is scheduled to launch on Christmas Day December 25, with a launch window between 7:20 AM ET and 7:52 AM ET Eastern, after the previous date was December 24.

According to the British newspaper, “Daily Mail”, the live coverage will be shown on NASA’s TV channel and website starting Saturday at 6 am ET.

Stormy weather with high winds at the European Spaceport in French Guiana is the reason for another delay for the massive telescope that was initially scheduled to launch into space in 2007, NASA says.

NASA officials said the Ariane 5 rocket carrying Webb and the telescope itself were in good condition, and that the only problem was following spotty communication between the two. This last-minute hitch comes after years of delays and cost overruns for Webb, the largest and most powerful science observatory ever built for space.

Work began on the James Webb Telescope, also known as JWST or Webb, was first introduced in 1996 and at the time NASA only had a $500 million budget to complete it.

The agency was also set to launch in 2007, but cost overruns and technical issues forced a major redesign in 2005 delaying its first. The telescope was completed in 2016, allowing testing to begin, but two years later, the massive sunvisor broke. During a training run that led to another postponement, and then delays for various problems until the last postponement.

These were the details of the news The launch of NASA’s James Webb Telescope has been postponed again for this day. We hope that we have succeeded by giving you the full details and information. To follow all our news, you can subscribe to the alerts system or to one of our different systems to provide you with all that is new.