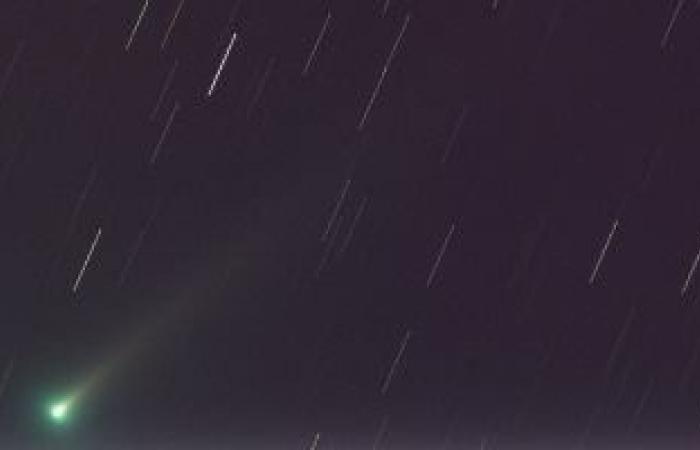 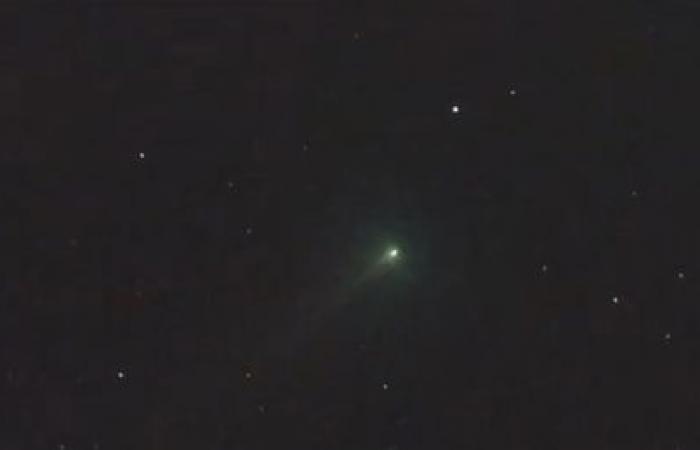 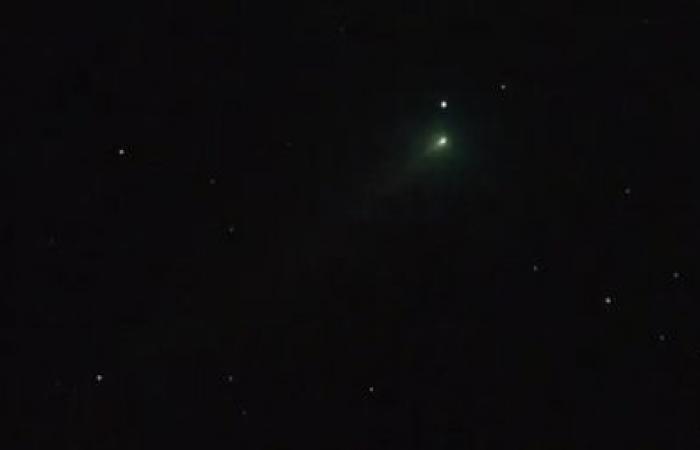 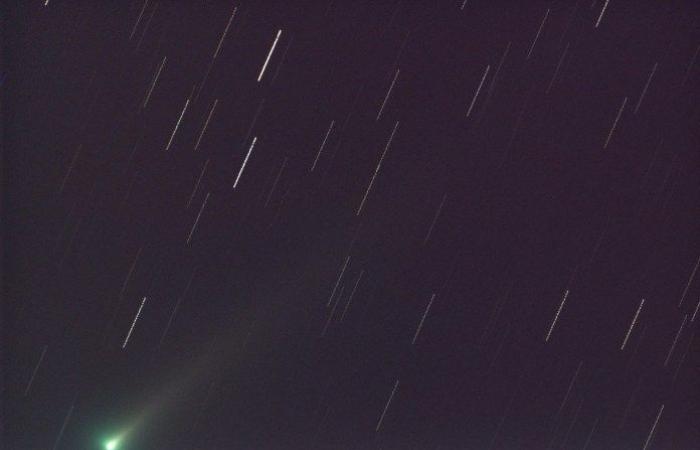 The International Astronomy Center monitored the passage of Leonard’s comet in the sky of the sisterly Emirates, on the morning of December 7, 2021, where he posted, through his account on Twitter, a video clip showing the itinerary of the comet from the sky of the Arab country, and said that the duration of filming is one hour, which was filmed by the Seal Observatory. Astrological.

The world is witnessing the phenomenon of the newly discovered comet Leonardo approaching Earth this December, as this bright green ice ball lights up on Earth for the first time in 70,000 years, and it will be visible in the sky of the northern hemisphere, using a telescope or binoculars in dark sky locations..

The comet has a tail that acquires its green color, when its icy rock heats up as it approaches the sun, so it emits first blue dust, then yellow or white and finally green, and when this color turns greenish blue, this means that the comet is warm, and contains a lot of cyanide and diatomic carbon and the possibility of His disintegration is at its highest level, according to the British newspaper, “Daily Mail”..

People in North America and the Southern Hemisphere will have the best chance of seeing the comet on December 14, with it likely to appear above the horizon after sunset, while it will be difficult to see this unique event in the UK due to its low position on the southeast horizon.

These were the details of the news The Earth has been lit for 70,000 years.. The moment Leonard’s... for this day. We hope that we have succeeded by giving you the full details and information. To follow all our news, you can subscribe to the alerts system or to one of our different systems to provide you with all that is new.