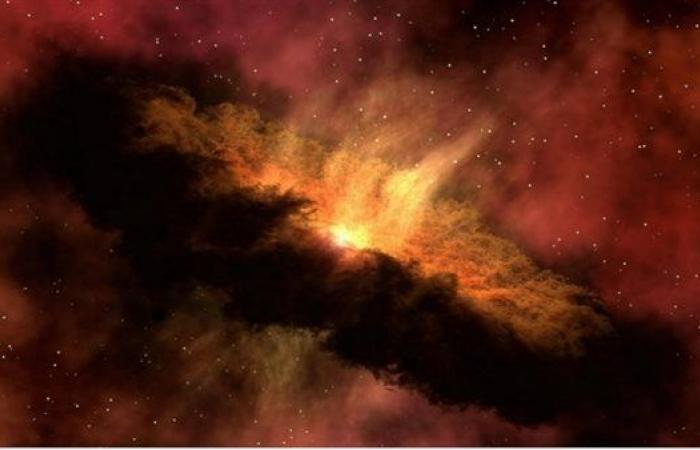 The biggest puzzles facing Astronomy scientists and the universe, in the roles that gravity and cosmic expansion play in the evolution of the universe.

To solve these mysteries, astronomers and cosmologists are taking a two-pronged approach, which consists of directly observing the universe to observe these forces in action in an attempt to find theoretical solutions to the observed behaviors – such as dark matter and dark energy.

In between these two approaches, scientists model cosmic evolution using computer simulations to see if the observations are in line with theoretical predictions. Most recently, AbacusSummit, a simulation suite created by the Flatiron Institute’s Center for Computational Astrophysics (CCA) and the Harvard-Smithsonian Center for Astrophysics (CfA).

This group is capable of processing nearly 60 trillion particles, the largest cosmic simulation ever produced.

The creators of AbacusSummit announced the simulation set in a series of papers appearing in Monthly Notices of the Royal Astronomical Society (MNRAS).

It consists of more than 160 simulation, which depicts how particles in a box-shaped environment behave due to gravity. These models are known as N-body simulations, and they are essential for modeling how dark matter interacts with baryonic (also known as “visible”) matter.

The development of the AbacusSummit simulation group was led by Lyman Garrison (CCA Research Fellow), Nina Maksimova and Daniel Eisenstein, graduate student and professor of astronomy at CfA (respectively).

Simulations were run on the Summit supercomputer at the Oak Ridge Command Computing Facility (ORLCF) in Tennessee – under the direction of the US Department of Energy (DoE).

N-body accounts, which are made up of gravitational interaction For planets and other bodies, it is among the greatest challenges facing astrophysicists today. Part of what makes it daunting is that every object interacts with every other object, no matter how far apart they are – the more objects under study, the more interactions that need to be taken into account.

So far, there is no solution to the N problems, where three or more massive objects are involved, and the available calculations are only approximations. For example, the mathematics of calculating the interaction of three bodies, such as a binary star system and a planet (known as the “three-body problem”), has not yet been solved.

A common method in cosmological simulations is to stop the clock, calculate the total force acting on each object, slowly move the time forward, and simulate.

For their research (which was led by Maximova), the team designed their own code base (called Abacus) to take advantage of Summit’s parallel processing power – where many calculations can be performed simultaneously.

As Garrison explained in a recent CCA press release: “This suite is so large that it probably contains more particles than all other N-body simulations, run together – although this is a difficult statement to confirm.”

Galactic surveys provide highly detailed maps of the universe, and we need similarly ambitious simulations covering a wide range of potential universes in which we might live. AbacusSummit is the first of these simulations to have the breadth and accuracy to compare with these amazing observations.

Our vision was to create this code to deliver the simulations needed for this brand new galaxy surveying. We wrote the code to run simulations much faster and more accurate than ever before.”

In addition to the usual challenges, the operation of operations requires full simulation For N-body calculations, the algorithms have to be carefully designed because of all the memory storage involved.

These were the details of the news Uncovering the mysteries of astronomy.. simulating the giant universe covering billions... for this day. We hope that we have succeeded by giving you the full details and information. To follow all our news, you can subscribe to the alerts system or to one of our different systems to provide you with all that is new.