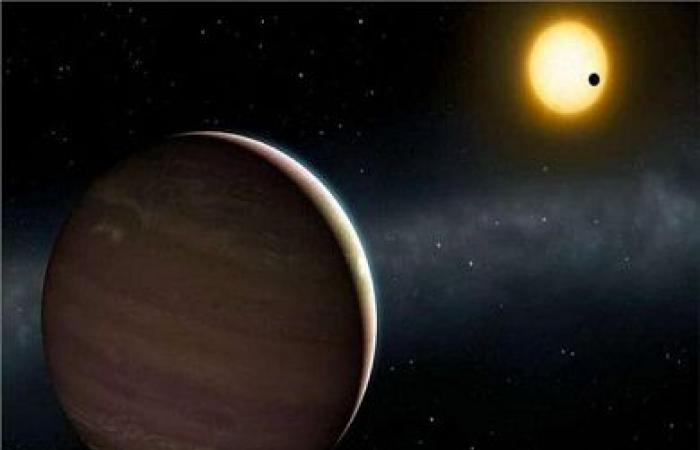 
Last Tuesday, a group of astronomers announced the discovery of a body that is likely to be a planet similar in shape to “Saturn”, and it was located in the “Whirlpool” galaxy, and it is the first planet to be discovered outside the Milky Way.

This discovery opens a new window for further research on planets orbiting stars outside our sun. Although more than 5,000 exoplanets have been discovered so far, they are all located within the Milky Way, less than 3,000 light-years away from Earth. But this discovery will change these criteria, according to what was published in the “Guardian” website.

This planet was discovered outside the solar system in a galaxy called Messier 51 spiral, which is also called the Whirlpool Galaxy, due to its unique shape, and is located 28 million light-years away from Earth.

The scientist who led the discovery, Dr. Roseanne Di Stefano, a scientist at the Center for Astrophysics at Harvard and Smithsonian University in Cambridge in the United States, told the Guardian, “Since the 18th century, there has been a belief in the astronomical community that galaxies are different cosmic islands, each galaxy representing an entire universe is different. And now that we’re about to discover these islands and these other worlds, our search for planets has expanded to distances from Earth 10,000 times the distance we’ve been searching for planets in our Milky Way.”

This planet was discovered by Di Stefano and colleagues using NASA’s Chandra X-ray Observatory, where they looked for a decrease in X-ray brightness caused by a planet passing in front of an X-ray binary. These bright systems typically contain a neutron star or black hole pulling gas from a companion star. It orbits closely, and in this case, a star with a mass about 20 times the mass of the Sun, the material near the neutron star or black hole becomes extremely hot and glows in X-rays.

The signal discovered by scientists lasted for 3 hours, during which the X-ray emission decreased to zero, and based on this information, Di Stefano and her colleagues estimate that the exoplanet will be approximately the size of Saturn, and that it orbits around the neutron star or black hole at a distance of twice the distance between Saturn and the Sun. , roughly equivalent to the orbit of Uranus, and the discovery was published in the journal Natural Astronomy.

Despite the importance of this discovery, it still needs more data to confirm that what was seen in the X-rays is indeed an exoplanet and outside the Milky Way. He won’t cross in front of an X-ray duo again for about 70 years.

“Unfortunately, to be sure we see a planet, we may have to wait decades to see it cross in front of us again, we don’t know exactly when it will,” says co-discovery scientist Nia Aymara, a professor at the University of California.

These were the details of the news Scientists discover a new planet outside the Milky Way for this day. We hope that we have succeeded by giving you the full details and information. To follow all our news, you can subscribe to the alerts system or to one of our different systems to provide you with all that is new.