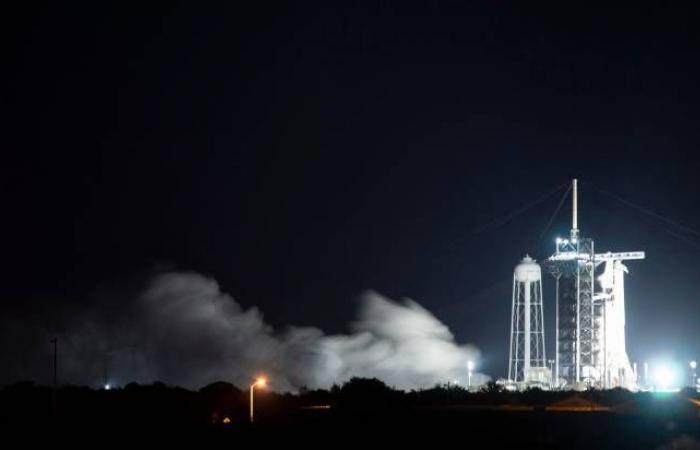 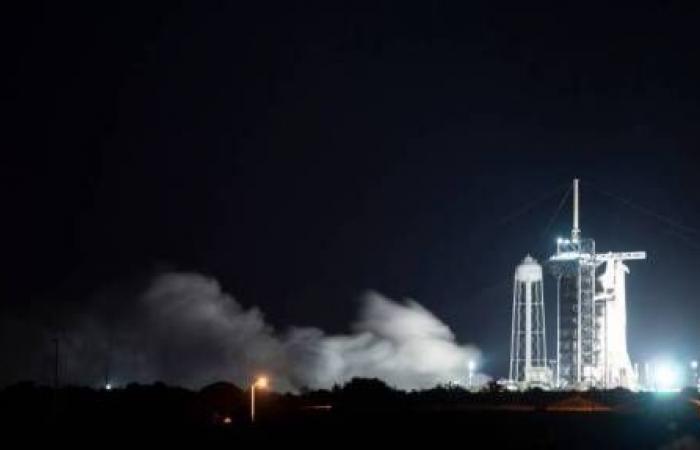 Washington – (AFP)
On Sunday, the US space agency (NASA) will send three American and one German astronauts to the International Space Station, in a SpaceX rocket, where they will spend six months in Earth’s orbit. This is the third regular manned mission that SpaceX has provided for NASA.
The crew of the mission, called “Cro-3”, will replace the four astronauts on the “Cro-2” mission, who have been on the International Space Station since April, including Frenchman Thomas Pesquet. After a short handover period between the two crews, “Crow 2” will return to Earth in early November, according to NASA, which did not give a specific date.
The “Falcon 9” rocket will launch Sunday from the Kennedy Space Center in Cape Canaveral, Florida, at local time (0621 GMT). On top of it will be placed the “Dragon” capsule carrying astronauts. This will be the first flight for this prototype capsule, called Endurance.
About 22 hours later, the spacecraft docks with the International Space Station, with NASA astronauts Raja Chari, Kayla Baron and Tom Marshborn, as well as German astronaut Matthias Maurer from the European Space Agency. The four astronauts arrived at the Kennedy Space Center on Tuesday.
Thursday, the four astronauts will conduct a general exercise on the launch process, during which they wear their space suits and take their place inside the capsule, and a series of audits will be conducted to verify the spacecraft’s readiness for launch. American Tom Marshburn will conduct his third mission to space, while the other three astronauts will make their first space missions.

These were the details of the news NASA launches four astronauts, including a German, to the International Space... for this day. We hope that we have succeeded by giving you the full details and information. To follow all our news, you can subscribe to the alerts system or to one of our different systems to provide you with all that is new.