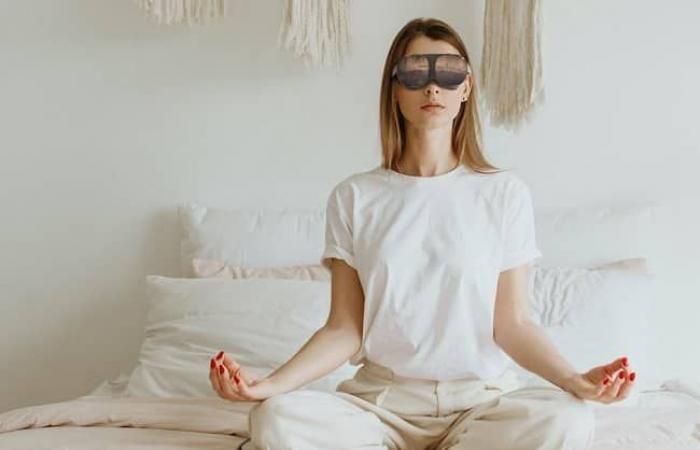 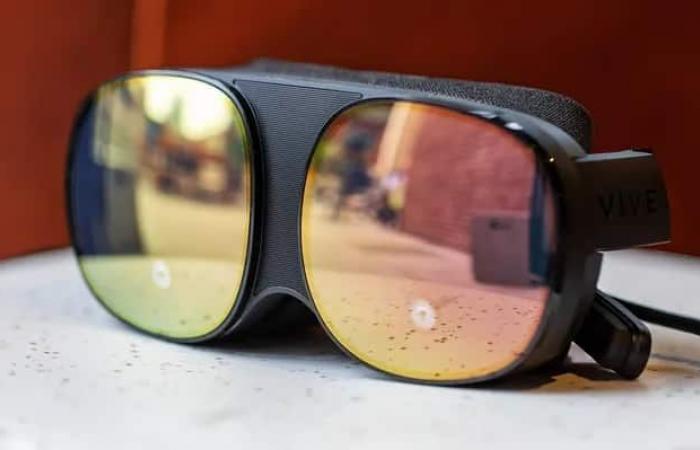 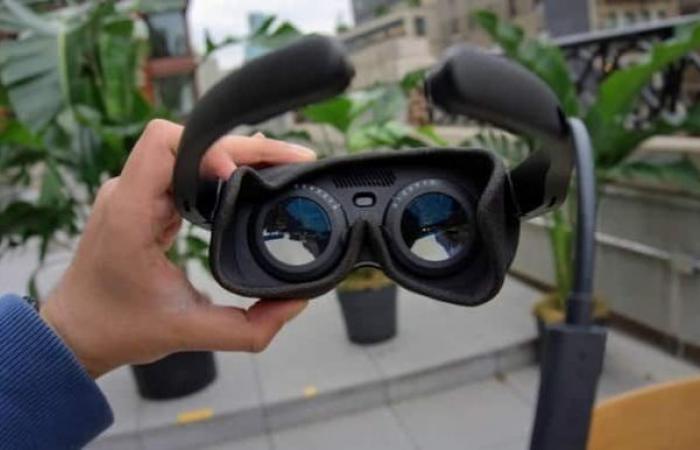 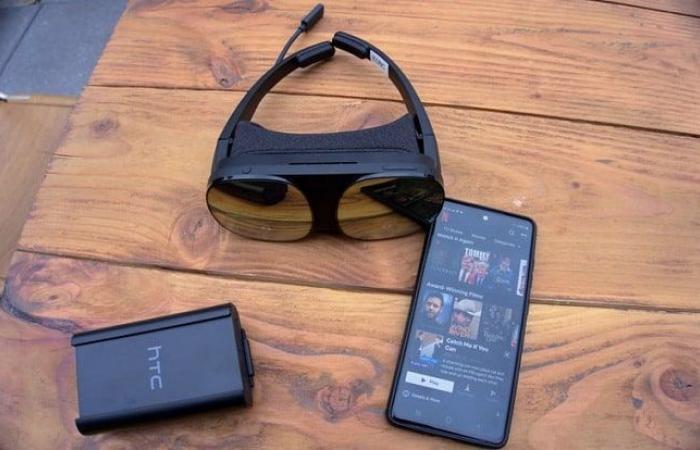 HTC, the leading manufacturer of virtual reality glasses, announced its latest product, the Vive Flow glasses, which come with an external design similar to traditional glasses.

HTC’s new sunglasses look completely different from most of the other Vive series of eyeglasses, as they come in a design similar to the traditional sunglasses.

The lenses give you a field of view of up to 100 degrees. It supports a refresh rate of up to 75 Hz. That’s down from the 120-degree, 90Hz rate you’d find in the more expensive Vive Focus 3 and about the same refresh rate but lower field of view than the original Quest.

Two front cameras handle motion tracking from the inside out. The company plans to support hand tracking as well. as The glasses have dual microphones with echo and noise cancellation.

It supports 3D spatial audio technology. The glasses can connect to headphones and earphones that work via Bluetooth.

In addition, the HTC VR headset uses the latest generation Qualcomm XR1 processor. It comes with an internal storage capacity of 64 GB. But it does not include a microSD card slot.

And unlike previous VR goggle models, the Vive Flow won’t come with a joystick. Instead, you have to wirelessly connect it to an Android smartphone and use the phone as a remote control.

In addition to controlling the glasses, the phone connection allows you to mirror Android apps Invoke a virtual copy of your phone’s home screen and launch video streaming applications in a floating window.

The glasses are not paired with iPhones. Although the company did not rule out future support. But she pointed out that there are obstacles to iOS running well with the glasses.

The glasses come with a built-in battery. But HTC says it only lasts a few minutes, and is designed to let you switch power supplies without turning them off.

As a result, you need either the HTC battery, which is sold separately at $80, or any 10,000 mAh power bank and USB-C cable.

The company states that the primary goal of using Vive Flow is to obtain immersive visual experiences.

So you can watch a 360-degree video or sit in a virtual environment. But you cannot use apps that require virtual hands features. This excludes most popular VR games.

However, the company plans to launch the glasses with 100 apps and 150 support by the end of the year.

In addition to uses such as video streaming, the release announcement promotes the Tripp Meditation app and MyndVR virtual reality therapy service designed for seniors.

You can also interact with VR social spaces like Vive Sync and watch video feeds, which are common via AR glasses.

Vive Flow supports a limited subset of applications via the HTC Viveport Store. Users can subscribe to a discounted broadcast-focused version of $5.99 per month for the Viveport app subscription service.

Comparing HTC eyeglasses with its competitors

The Vive Flow VR headset appears to be intended for people who find it complex to use existing VR headsets. And that through its design and weight and does not need a lot of accessories to work.

The company’s focus on older users is part of this strategy. And that’s what drives the sunglasses-like design instead of the straps you find on most other eyewear.

The Vive Flow VR headset starts at $499. The price seems high compared to the Oculus Quest 2, which comes at a starting price of $ 299 for the model that has 128 GB of storage.

Whereas, Vive Flow sunglasses are more comfortable to wear and better designed. But the Oculus Quest 2 comes with controllers for a better experience. It can also be paired with the computer, both wired and wirelessly, in case you want to play some virtual reality games on the computer.

These were the details of the news HTC Vive Flow Virtual Reality Glasses Review for this day. We hope that we have succeeded by giving you the full details and information. To follow all our news, you can subscribe to the alerts system or to one of our different systems to provide you with all that is new.