Scientists discover how the first galaxies in the universe formed –... 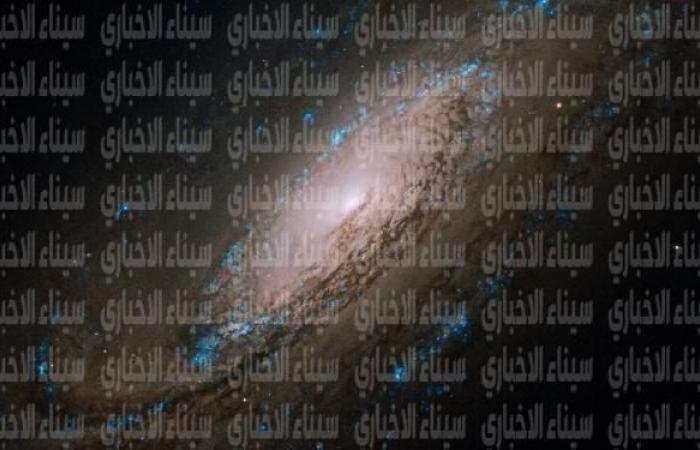 New images of the smallest and faintest galaxies closest to us have allowed astronomers to reconstruct the scenario for the formation of the first stars and galactic structures in the early universe. The research results have been published in the journal Monthly Notices of the Royal Astronomical Society.

One of the most intriguing questions astronomers have been trying to answer for decades is how and when the first galaxies formed. One hypothesis is that star formation in early galaxies began at a steady pace, gradually creating an increasingly massive system. Another suggests that this formation was more violent, but sporadic, with intense short-lived outbursts of star formation due to events such as mergers and increased gas accumulation.

British and Spanish astronomers used data from the Hubble Space Telescope and the Canary Large Telescope (GTC) to identify the smallest and faintest galaxies in the nearby universe in the so-called boundary fields.

“The composition of galaxies can be compared to a car,” research leader Pablo Perez Gonzalez of the Spanish Astrobiology Center said in a press release from the University of Nottingham. The first galaxies had a “diesel engine” in the form of stars, forming new stars slowly and without any speed and smoothly turning gas into relatively small stars over a long period. Or the formation could be sudden, with bursts of star formation producing incredibly large stars that destroy the galaxy and cause it to stop working for a while, or even permanently. The scenario is related to different processes, such as the merger of galaxies or the impact of supermassive black holes, and it depends on when and how carbon or oxygen appeared, which are essential for the origin of life.”

To study small galaxies, researchers have combined the power of more advanced telescopes such as the Hubble and GTC with “natural telescopes” – gravitational lenses.

Another author on the study, Professor Chris Conselis of the University of Manchester, explained: ‘Some galaxies live in large groups we call clusters. They contain huge amounts of mass in the form of stars, gas, and dark matter. Its mass is so great that it distorts spacetime and behaves like normal telescopes. We call them gravitational lenses, and they allow us to see faint, distant galaxies with increased brightness and high spatial resolution.”

As part of the SHARDS project, astronomers searched for close analogues of the first galaxies that formed in the universe so they can be studied in more detail.

“GTC SHARDS observations have provided the deepest emission line data ever obtained for dwarf galaxies, allowing us to identify star-forming systems that are finally starting.”

The study showed that galaxies are accompanied by pauses and explosions of activity, followed by periods of lull again, meaning that the second hypothesis is more likely.

These were the details of the news Scientists discover how the first galaxies in the universe formed –... for this day. We hope that we have succeeded by giving you the full details and information. To follow all our news, you can subscribe to the alerts system or to one of our different systems to provide you with all that is new.