An exciting discovery… the Earth was tilted 84 million years ago 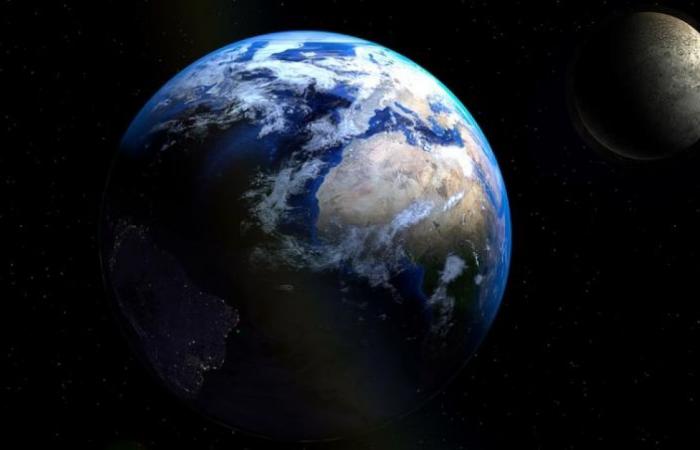 Scientists have found more evidence, which confirms that the Earth turns from time to time. They report that “oscillations” of the Earth’s solid outer shell have occurred, over the ages, to a greater degree than previously thought.

Continents are known to move slowly due to plate tectonics, but continental drift only pushes the tectonic plates beyond each other.

It has been debated over the past few decades whether the Earth’s rigid exosphere can oscillate or even tip over with respect to its axis of rotation.

Such a shift, which causes entire planets and moons to tilt relative to their axes, is called “true polar wander” (TPW), but the evidence for this process on Earth has been controversial.

New research published in Nature Communications, geologist Joe Kirschvink at the University of Tokyo’s Institute of Earth Life Sciences (ELSI) provides some of the most compelling evidence to date that such a planetary reversal did occur in Earth’s past.

The new study now provides evidence in Italy that the Earth’s crust was tilted some 84 million years ago, when dinosaurs roamed the earth.

The scientists analyzed limestone samples from Italy dating back to the Late Cretaceous period (100.5 to 65.5 million years ago), looking for evidence of shifts in the magnetic record that would indicate a “true polar wander” (TPW).

Fossils of bacteria trapped in rock, which form chains of magnetite, provide some of the most compelling evidence yet of “true polar wandering” in the late Cretaceous period, and may help settle a decades-old scientific debate.

“This observation represents the latest documented true large-scale polar wander and challenges the idea that the axis of rotation has been largely stable over the past 100 million years,” the scientists explain in their paper.

The Earth consists of a solid metallic inner core and a liquid metal outer core, with a solid mantle and crust (surface) moving slowly around the top of the liquid metal.

The Earth’s magnetic field, generated by the outer core, is recorded in rocks studied in Italy.

A true polar wander is when the geographic poles shift dramatically, so the Earth’s outer shell is tilted. Nothing actually changes with respect to the Earth’s magnetic field, but moving rocks will record different ancient magnetic data as they move.

This data reveals the distance to the north and south geographic poles, allowing researchers to determine where those poles really are.

“Imagine looking at Earth from space,” says geologist Joe Kirschvink of the Tokyo Institute of Technology in Japan. True polar wandering would look like the Earth is flipping on its side, and what is actually happening is that the entire rocky crust of the planet, the solid mantle and crust, orbits around the liquid outer core.”

According to the study, the Earth’s crust was tilted 12 degrees southward about 84 million years ago, which was corrected relatively quickly, within about 5 million years.

What that means is that these rocks, and Italy itself, made a trip toward the equator before backing away.

Another recent study suggests that a similar trend is underway, driven by climate change affecting the planet.

The team says that previous studies that indicated true polar wandering did not occur during the late Cretaceous period simply did not collect enough data from the geological record.

These were the details of the news An exciting discovery… the Earth was tilted 84 million years ago for this day. We hope that we have succeeded by giving you the full details and information. To follow all our news, you can subscribe to the alerts system or to one of our different systems to provide you with all that is new.