I mean, what is NASA’s vision for the future of space... 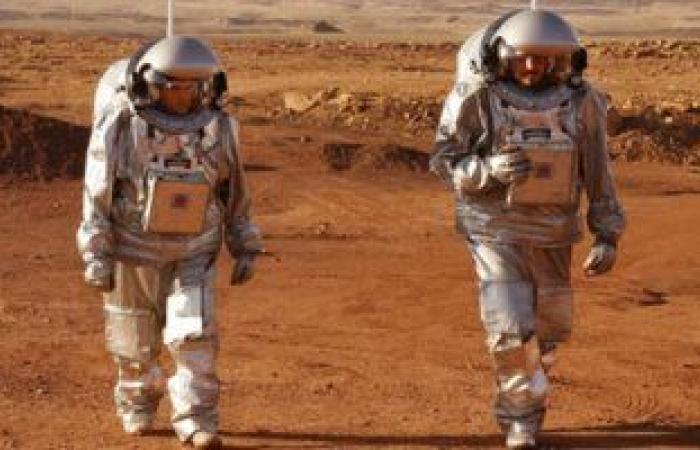 The US space agency has shared “visions of the future” for spaceflight, in which tourists will be roaming the waters of Saturn’s moon Titan and having the experience of free-falling through the atmosphere of a distant exoplanet, 42 light-years from Earth, as NASA looks to the time when civilians will cross the orbit of Earth to visit distant worlds.

According to the British newspaper, “Daily Mail”, visions of the future were inspired by posters created by NASA’s Jet Propulsion Laboratory, which show the many planets and moons that could one day be vacation destinations for humans living on Earth.

NASA shared: “While our robotic explorers have toured our solar system, the only place outside Earth where humans have stood is the Moon.”

She added, “This is also the next place we will send astronauts…but not the last, although humans have not visited Mars yet, we plan to add partial prints to the rover’s frame tracks there now and also dream about traveling to distant worlds, and how maybe you can be “.

NASA hopes this achievement will lead to human exploration of wonders in the solar system and beyond, and the agency’s rockets can land people on Mars to visit sites before planes fly to Venus, where tourists will enjoy stunning views from Cloud 9 Observatory.

Humans could also reach Enceladus, Saturn’s sixth-largest moon, which is covered in a thick layer of ice, and tours will take travelers across the southern region to feast their eyes on thermal jets launched from the moon.

Next on the way is Saturn’s largest moon, Titan, which is believed to have a surface ocean of water and could be ideal for kayaking. Tourists can head to exoplanet HD 40307 g for skydiving, a Neptune-like exoplanet located 42 km away. Only light years from Earth.

It’s worth noting that we are decades away from NASA’s vision of future space travel, but many companies on Earth have already sent civilians to the edge of space and beyond.

These were the details of the news I mean, what is NASA’s vision for the future of space... for this day. We hope that we have succeeded by giving you the full details and information. To follow all our news, you can subscribe to the alerts system or to one of our different systems to provide you with all that is new.