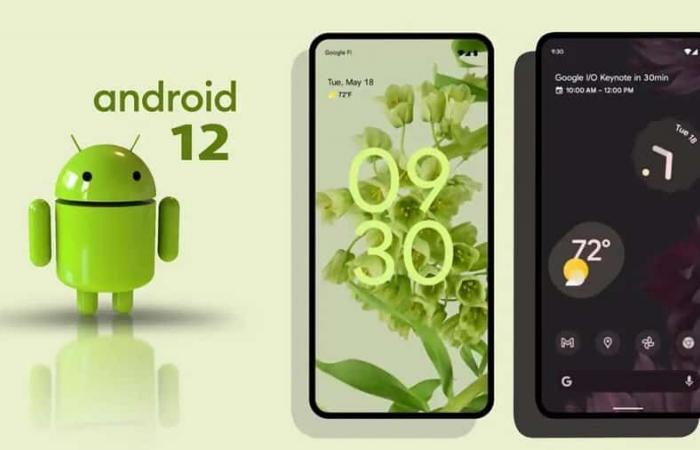 Absorption New visual design in version OS Android 12, which is expected to be officially launched in Beginning of next October Lots of attention.

In the Android version, Google added 12 new widgets and made significant improvements to some of the others. The most widely used watch widget is the most notable addition, as it comes with four completely new styles to choose from.

In addition, the new conversations tool makes it easy to keep track of your favorite chat apps without worrying about finding conversations.

At the bottom of the home screen, Google has added a new icon for the Google Lens app. It is a shortcut that allows you to quickly open the app in order to take a picture of anything you come across or scan QR codes and get results for them directly from Google search.

The company has also improved the in-phone search tool by typing the word or name into the search box. And you can get results for everything from apps to chats and emails. And even downloaded files.

Android 12 comes with a new set of buttons on the quick switch panel. Which allows you to stop all apps from accessing your camera and microphone. These buttons can be used as a temporary way to prevent the camera or microphone from being used by all or specific apps you choose previously.

Control your internet connection from one place

Instead of providing the buttons to connect to the Internet, either via the wireless network or data separately. Google combined these buttons into a single panel in the notification center called the Internet panel. That allows you to control your Internet connection quickly and easily.

Clicking on this panel in the notification center will bring up a dialog box at the bottom of the screen. which allows you to quickly switch between wireless networks and mobile data on or off.

Google has greatly improved privacy options in Nearby sharing feature On Android 12. Like setting who can see your phone and the option to hide the phone’s appearance. As a result, no one will be able to see your phone until you make it visible.

There are also options to confirm the transfer before starting. And the ability to run another application in the phone while sending and receiving files.

Google introduces with the release of Android 12 a new tool called Privacy Dashboard. Which makes it easy to see all the permissions of the apps you use throughout the day. The system currently provides a detailed history of 24 hours by default.

let it go Some Samsung phones Expose this log to app access permissions data details for an entire week. Which can give you a more detailed look at what the apps in your phone do.

These were the details of the news The most prominent features and improvements of the Android operating system... for this day. We hope that we have succeeded by giving you the full details and information. To follow all our news, you can subscribe to the alerts system or to one of our different systems to provide you with all that is new.