To protect against traffic accidents.. Learn about smart systems in modern... 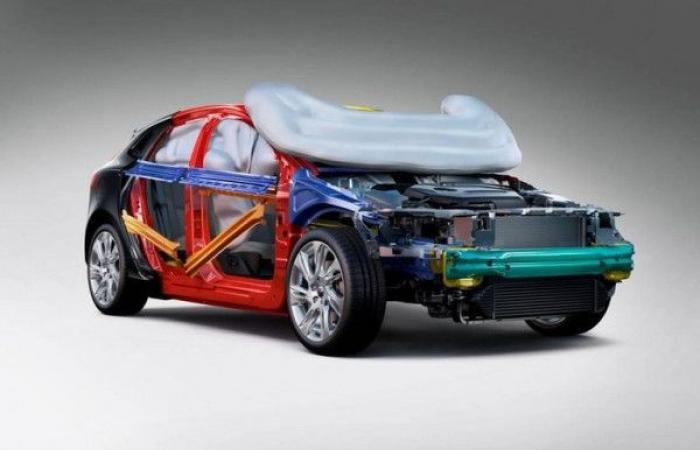 With frequent traffic accidents, the automotive world has created several solutions to protect vehicle occupants from accident damage and injuries, such as body structures, seat belts, airbags and several electronic systems.This is for car users and passengers, but what about pedestrians and road users who walk without the slightest protection?

Bystanders are exposed to double risks when an accident occurs; Because they are almost unprotected on the street, and there is nothing to help them but caution and their common sense, which called for the development of a number of technologies and systems that monitor pedestrians and are not satisfied with passive protection in the car body, according to (Al-Ain Al-Akhbar).

Among these technologies is what is known as “Pedestrian Recognition with Emergency Braking Function”, where this technology automatically brakes the car when it recognizes a pedestrian in the moving range.

Since not all accidents can be avoided, especially at high speeds, many manufacturers combine these systems with a maneuvering assistant, and if this system recognizes an object or person on the road and a collision is feared, it supports the driver in parallel with the emergency braking at the correct steering angle.

Improve vision in the dark

Other assistive systems are primarily intended to protect pedestrians by improving visibility in the dark; For example, Peugeot, Citroen and DS use infrared cameras with special image recognition and vulnerabilities on the screen.In another strategy, Audi is programming the smart headlights in a way that specifically illuminates pedestrians on the edge of the road at night to warn the driver.

And if, despite all these precautions, there is contact between the body and the car body, then passive protection remains inactive.

Mercedes spokesman Kuert Groenefeld explained that he is deeply involved in the design and construction of vehicles, and is represented in the non-rigid front, and the heights of the bonnet and fender edges are calculated and tested using crash test dummies so that serious injuries are avoided as much as possible and the impact on the body is as light as possible .

Robert Buchmeier, from auto feeder ZF, confirmed that some models have airbags on the outside of the bonnet and in front of the windshield to provide more protection in the event of a collision.

One of the relatively new technologies in protecting pedestrians is the sound generator in electric cars, and due to the lack of sound in an electric car; So it needs a “Vehicle Audio Alert System” to emit a warning tone that can be heard up to about 20 km/h.

But protecting pedestrians doesn’t just have to be in the car, so LG introduced a beta version of a smartphone app that monitors movement and location data in real time and can warn users if they’re in a collision course.

Researchers from the Fraunhofer Institutes also rely on external intelligence and have developed a radar sensor system that can monitor pedestrians and warn road users before there is danger; The electronic systems create motion profiles and forecasts and raise the alarm when a pedestrian approaches the road.

These were the details of the news To protect against traffic accidents.. Learn about smart systems in modern... for this day. We hope that we have succeeded by giving you the full details and information. To follow all our news, you can subscribe to the alerts system or to one of our different systems to provide you with all that is new.