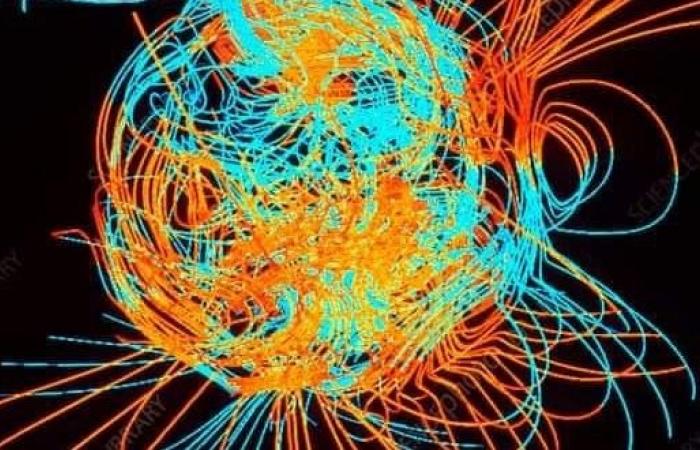 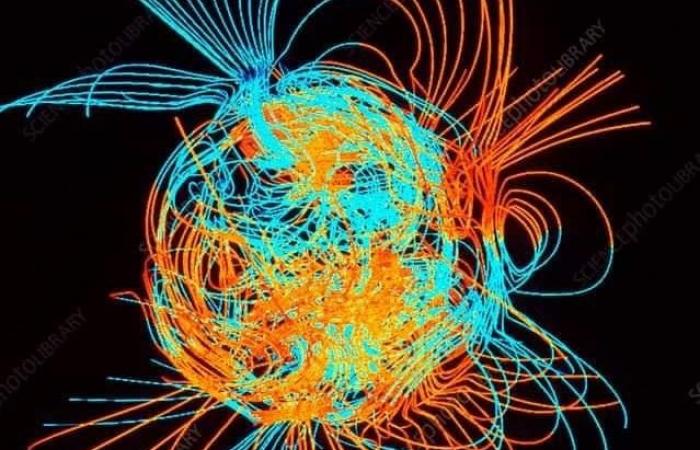 The President of the Astronomical Society in Jeddah, Eng. Majed Abu Zahira, explained that the Earth is surrounded by a huge magnetic field called the magnetosphere, as our magnetic envelope, resulting from strong dynamic forces at the center of our planet, protects us from the erosion of our atmosphere by the solar wind, and the radiation of particles from coronal mass emission – which is Large clouds of energetic, magnetized plasma from the sun’s corona are spewing out into space–and cosmic rays from deep space—meaning our magnetosphere acts as a gatekeeper, expelling these forms of energy harmful to life, trapping most of it safely away from Earth’s surface.

The field is constantly changing:

He pointed out that because the forces that generate our magnetic field are constantly changing, the field itself is also in a state of constant change, increasing its strength and waning over time, and this leads to the location of the Earth’s magnetic north and south poles gradually shifting until the locations completely reverse every 300,000 years approximately, this may be important To some extent if an individual uses a compass, or for some creatures such as birds, fish and sea turtles, whose compasses use the magnetic field to navigate.

Abu Zahra continued, that the location of the Earth’s magnetic north pole was accurately determined for the first time in 1831 and then gradually drifted from north to northwest by more than 1,100 km, and its speed increased from about 16 km per year to about 55 km per year, and this gradual shift It affects mobility and must be accounted for regularly, yet there is little scientific evidence for any significant links between Earth’s drifting magnetic poles and climate.

Abu Zahira concluded by saying: There is no evidence that the Earth’s climate has been significantly affected by the last three reversals of the magnetic field, nor by any reversal event during the last 2.8 million years at least, and that the reversal of the Earth’s magnetic poles occurs throughout geological time. The rule is not the exception. In the past 20 million years, the Earth has settled into a pattern of polarity reversals about every 200,000 to 300,000 years, although it has been more than twice the period since the last reversal.

These were the details of the news In order to explain the fact that the magnetic poles of... for this day. We hope that we have succeeded by giving you the full details and information. To follow all our news, you can subscribe to the alerts system or to one of our different systems to provide you with all that is new.