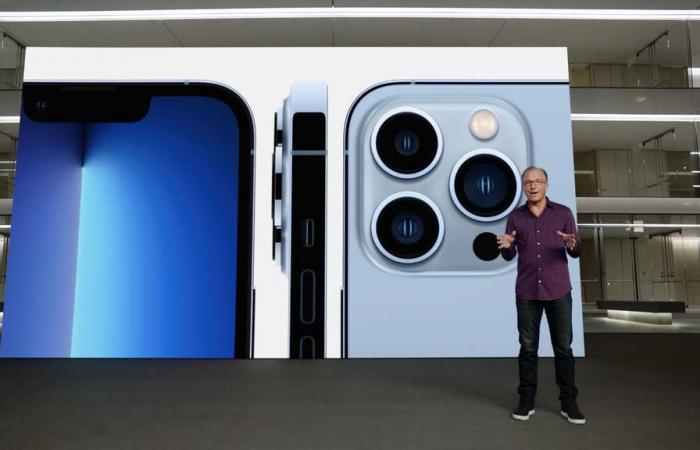 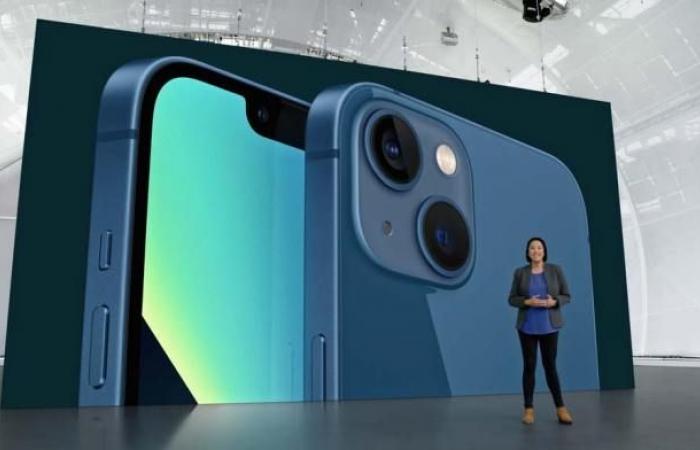 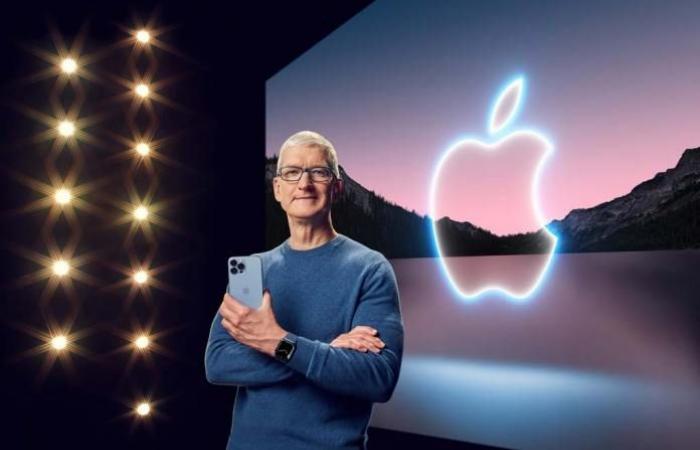 The conference included the unveiling of 4 new phones, primarily different in terms of measurements and screen size. It ranges from the smaller iPhone 13 mini up to the iPhone 13 Pro Max with larger sizes, features and higher price. In this topic, we will address these important updates and changes to new generation phones.

Updated design with a smaller notch

Looking in general, it will be difficult or even impossible to distinguish the new iPhone 13 phones from its predecessor from the last generation. It has the same design language, ultra-sharp edges, and a look that recalls the iPhone 4 from many years ago. But at least from the back side, there is a change in the position of the cameras of the iPhone 13 and iPhone 13 mini. The two cameras are no longer vertical within the bump, but rather are placed diagonally.

On the front there is a new change in fact, but the task of distinguishing it is clearly more difficult. The notch at the top of the screen is about 20% smaller. The notch width has been reduced to allow for more screen display, though the contrast is a slight increase in depth. Of course, this change will be difficult to notice without a direct comparison between two phones. But in terms of usage, it will undoubtedly be useful as it will allow more display in the notification bar.

In recent years, the high refresh rate of screens has become the new obsession for many users and companies alike. There are a lot of phones and tech products with screens with a refresh rate of 90 or even 120Hz. But Apple remained an interesting exception, despite the fact that it offers products with high refresh rates such as iPad Pro tablets, for example. But on the whole, that has changed this time with the first iPhone with a screen with a quick update.

Unfortunately, neither iPhone 13 mini or standard phone will support these screens, but it will be exclusive to iPhone Pro phones only. Where the iPhone 13 Pro and Pro Max will support the display at a frequency of 120Hz in what the company called ProMotion. The screens of the two phones will have a variable refresh rate, meaning that they will operate at a high refresh rate when only needed to reduce power consumption.

What about the cameras? Relative, but not revolutionary, updates

Last year, the iPhone 12 and 12 mini had two rear cameras: one primary and another with a very wide angle. While the iPhone 12 Pro and Pro Max phones had 3 with the addition of a third camera for close-up photography in the first place. This distribution remains unchanged this year. The same lenses are still used and there is no major sensor upgrade.

The interesting thing is that the wide-angle camera in the iPhone 13 Pro and Pro Max phones has actually a larger aperture. It went from f/2.4 to f/1.8 which means more light and better low-light performance.

In general, there are new changes from a programming point of view this time. Where cinematography support has been added to regular iPhone 13 phones, for example. But if you own an iPhone 12 or even 11, the new phones don’t make a big enough change in photography to motivate an upgrade.

Bigger battery but charging condition is the same

According to the company’s conference, the new phones have been equipped with larger batteries than before, thanks to modifications to their interior design. This is expected to translate into 10 to 20% additional battery life. But in terms of charging there is no change in fact. The new phones continue to support charging at a maximum speed of 20W. It also comes without a charger included with just a cable and unfortunately it still uses the Lightning Port instead of USB-C.

Topics that may interest you:

As is usual and expected in recent years, the new Apple A15 processors are clearly superior to any competitors. The company continues to compete with itself in the first place, with its one-year-old processors usually more powerful than those of its newer competitors. And it doesn’t look like things will change this year with the use of the 5nm+ A15 Bionic chipset.

In general, the RAM has been upgraded in the new iPhones as well. Where there is 6GB of memory in my iPhone 13 and 13 mini, while the Pro version has 8GB of RAM. Although these values ​​are clearly lower than what competitors offer today, the comparison here is really unfair given that iPhone phones are known to use memory more efficiently.

Finally, there is the aspect of internal storage that has always worried many. Where the company abandoned the 64GB storage option this time, and storage options start from 128GB as a minimum. Where there will be options up to 512GB for iPhone 13 phones, while the limit increases to 1TB for the new generation Pro phone.

Fortunately, rumors of a price hike for the new generation of iPhones were false. Where the phones remained at the same price as last year, unchanged, despite the increased costs, especially the lack of electronic chips.

In general, as last year, the prices of iPhone phones were distributed as follows:

Global pre-orders for the new phones will begin on September 17th. But this date may be delayed in some markets, especially with forecasts of a manufacturing shortage, perhaps. It is expected that the new phones will start arriving with the start of direct sales of phones on Friday, September 24, as expected.

These were the details of the news All you need to know about the new iPhone 13 phones... for this day. We hope that we have succeeded by giving you the full details and information. To follow all our news, you can subscribe to the alerts system or to one of our different systems to provide you with all that is new.