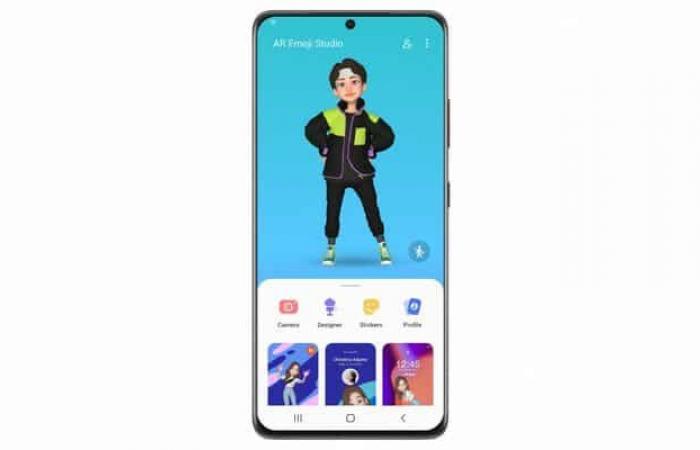 announced Samsung is releasing a public beta version of Android 12 for Galaxy S21, Galaxy S21 Plus and Galaxy S21 Ultra, a few weeks before the final operating system is expected to be officially available for the first time on Pixel phones.

One UI 4 is based on the Android 12 operating system and offers new and improved personalization and privacy capabilities that give users control over many aspects of the mobile experience.

The company claims that it has been able to roll out these beta versions early each year. This is despite the fact that a week or two has passed this year compared to 2020.

Registration for the beta program begins today, September 14, the same day the iPhone 13 is announced.

Users need to register with the Samsung Members app to try it out. It is only available in the US so far.

The beta version is dedicated to Samsung’s One UI 4 user interface, which is its Android version. This distinction is important because one of the major changes in Android 12 is how different it looks.

All the buttons are large and change colors dynamically based on the wallpaper across the Pixel phone, a pattern Google calls Material You.

It is unknown exactly how much Google design language the South Korean company intends to use across the Galaxy S21, Galaxy S21 Plus and Galaxy S21 Ultra.

One UI had a lot of theme options, and the company store was packed with more themes to get.

Samsung’s summary of what’s new in One UI 4 specifically mentions theme options. A wide range of theme options let you fine-tune the look and functionality of your device, giving you tools to customize your home screen, icons, notifications, wallpapers, and more.

Upgraded and redesigned widgets provide deep customization, from vision to appearance, and you can also easily access a more powerful and diverse set of emojis in one place.

Samsung also supports Android 12’s visual indicators when the microphone and camera are in use. They also have switches to turn off these sensors.

Given that Google itself has become more of an opinion about what Android looks like on Pixel phones with Material You, the big question is whether those opinions work well across non-Google phones.

Samsung itself has been moving in a relatively coherent aesthetic direction over the past few years. But it used more white space and larger fonts than recent Google designs. The company is adopting some larger rounded corners for notifications.

One UI 4 helps users create a personalized and improved experience, the company said. We understand that everyone wants to meet their unique needs and preferences. So we listened to our users to understand the tools and innovations needed to create a better, more reliable and improved overall user experience.

Read also: The most important new security features in Android 12

These were the details of the news Samsung releases a beta version of Android 12 for this day. We hope that we have succeeded by giving you the full details and information. To follow all our news, you can subscribe to the alerts system or to one of our different systems to provide you with all that is new.