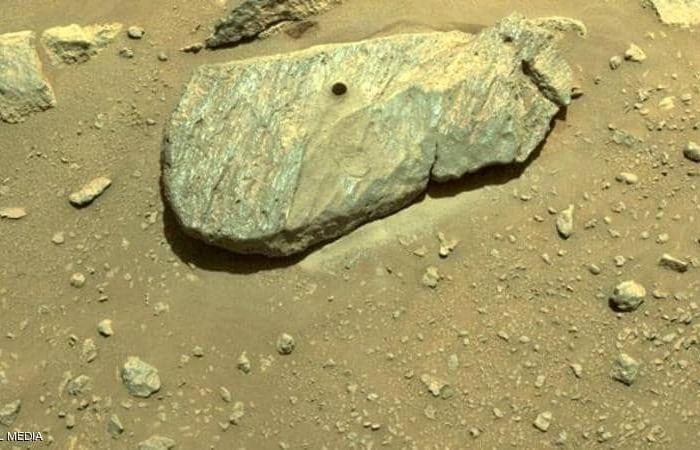 The US space agency “NASA” confirmed, on Tuesday, that its rover “Perseverance”, succeeded in extracting the first rock sample from the planet Mars.

The agency published a picture of the sample on Twitter, accompanied by a comment, “We got it,” according to “Agence France Presse.”

Last week, NASA suggested that its robot had extracted this sample

However, the pictures taken were not clear enough due to the poor lighting and did not allow her to confirm the matter definitively.

“Thanks to better illumination of the bottom of the collector tube, you can see the rock sample,” the agency tweeted.

The sample was taken from a rock the size of a document purse bearing the name “Rochet”.

Last August, the rover robot “Perseverance” failed in its attempt to take a piece of rock from Mars, the first of about 30 samples scheduled to be returned to Earth within years for analysis.

This step aims to search for signs of ancient life, such as traces of microbial life fossilized in rocks

And also to better understand the geology of Mars, given that the mission was launched from Florida a year and a half ago.

“Perseverance”, which is the size of a large SUV, landed on February 18 at the Jezero crater, which scientists believe contained a deep lake 3.5 billion years ago.

These were the details of the news NASA confirms: The robot “Perseverance” took a rock sample from Mars for this day. We hope that we have succeeded by giving you the full details and information. To follow all our news, you can subscribe to the alerts system or to one of our different systems to provide you with all that is new.