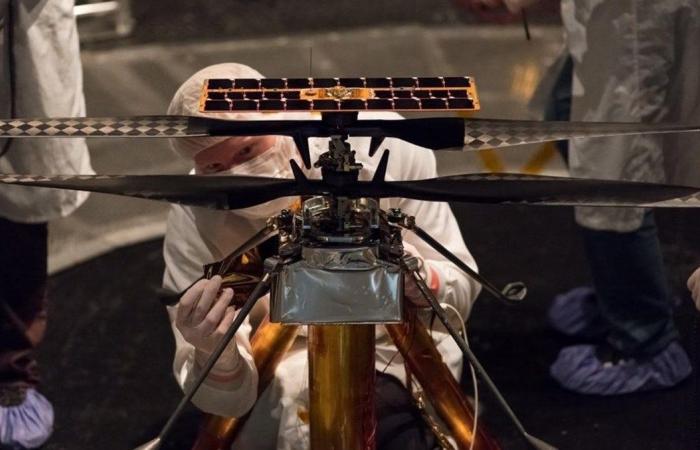 China has created a prototype of a small reconnaissance helicopter for future missions to Mars, following the historic landing of a robotic probe on the Red Planet a few months ago, the China National Aerospace Center said.
A photo published by the center on its official website yesterday shows that the miniature model resembles the Ingenuity robotic helicopter, which was developed by the US Aeronautics and Space Administration (NASA) for the flight of its Perseverance spacecraft, which it is organizing this year.
The center said that the helicopter will be a tool to follow up on China’s space exploration on Mars, but gave no further details.
China landed a probe on Mars in May in its first mission to the planet, becoming the second country after the United States to do so. NASA’s Perseverance spacecraft landed on the planet in February.
The Ingenuity helicopter made its maiden flight from a NASA craft in April and flew three meters above the surface in the first successful human development of an extraterrestrial aircraft.

These were the details of the news China prepares to invade Mars by helicopter for this day. We hope that we have succeeded by giving you the full details and information. To follow all our news, you can subscribe to the alerts system or to one of our different systems to provide you with all that is new.