Impressive technologies contained in the expected iPhone 13, and news that... 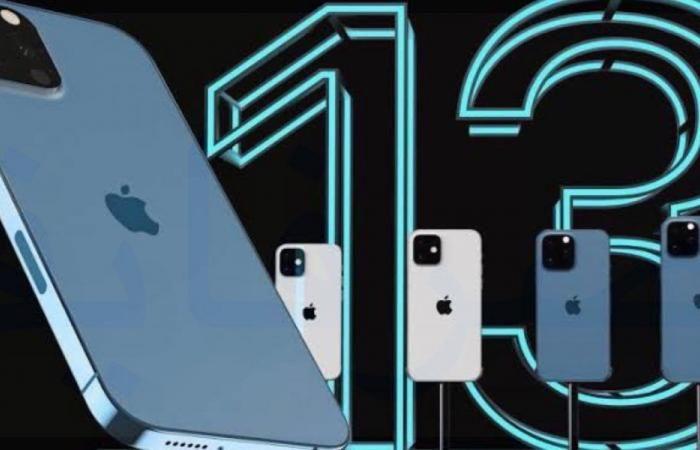 The leaks of the upcoming “Apple” device “iPhone 13” continue, the latest of which came with news that may not please many of those waiting for this phone. Where a report by the Digi Times website, which specializes in technical news, indicated that “Apple” will increase the price of its “iPhone 13” phone compared to all previous versions.

And according to what was reported by the American magazine “Forbes” website, “Apple” has received a notification from “TSMC”, which is one of the largest supplier of electronic chips, stating that it is likely to raise production costs for the chips, which will increase the price of the iPhone. 13 new 2021.

The price increases will not be on the 13th version of the iPhone, but will include other devices such as 11, 12 and SE, which are based on 7nm processors, which contributes to their high prices.

Some previous leaks revealed some of the advantages that will be available in the new iPhone model, including the adoption of a new imaging system called Cinematic Video, meaning that the phone’s camera will be able to shoot with a quality similar to cinematography.

This feature gives users the ability to control the amount of blurry area after the video is finished recording, as well as the ability to adjust the lighting and background effects.

In order to do this system, Apple has developed a “filters” system on photos, as users of the new iPhone 13 will be able to focus filters on specific parts of the image.

Previous iPhone versions contained filters that only worked on the entire image. The new phone will also come with an internal memory of up to 1 TB, the largest internal memory in the world for a mobile phone, to accommodate large sizes of video clips.

A report by The Verge, a technology specialist, indicated that the new iPhone 13 will include satellite communication technology, which is not widely used in smartphones.

The report added that the American company Apple has added a new “Qualcomm X60” chip, which allows communication via low-Earth orbit satellites.

It is expected that the iPhone 13 phones will work on the “Starlink” service for the Internet, which was previously presented by the American businessman, Elon Musk, as an alternative service for transferring the Internet, to avoid all the common risks of the Internet related to privacy.

These were the details of the news Impressive technologies contained in the expected iPhone 13, and news that... for this day. We hope that we have succeeded by giving you the full details and information. To follow all our news, you can subscribe to the alerts system or to one of our different systems to provide you with all that is new.